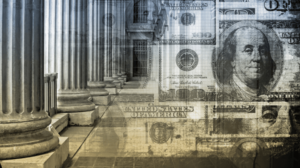 Modern Monetary Theory explained, have you heard of it? If not, you will hear of it.

Modern Monetary Theory (MMT) is the most recent effort by the left to explain away and justify our elected representatives’ reprehensible, irresponsible, and destructive fiscal policies.

MMT is an attempt to legitimize our nation’s past out of control deficit spending while simultaneously justifying the future funding of every special interest project and piece of pork proposed by our elected representatives.

When attempting to explain it’s reservations with Modern Monetary Theory, the understandably slanted In Defence of Marxism writes:

“…MMT might as easily stand for ‘magic money tree’. That, after all, is what this theory promises: a way of funding everything we want, and more, without having to worry about the hassle of taxation or – more importantly – class struggle.” 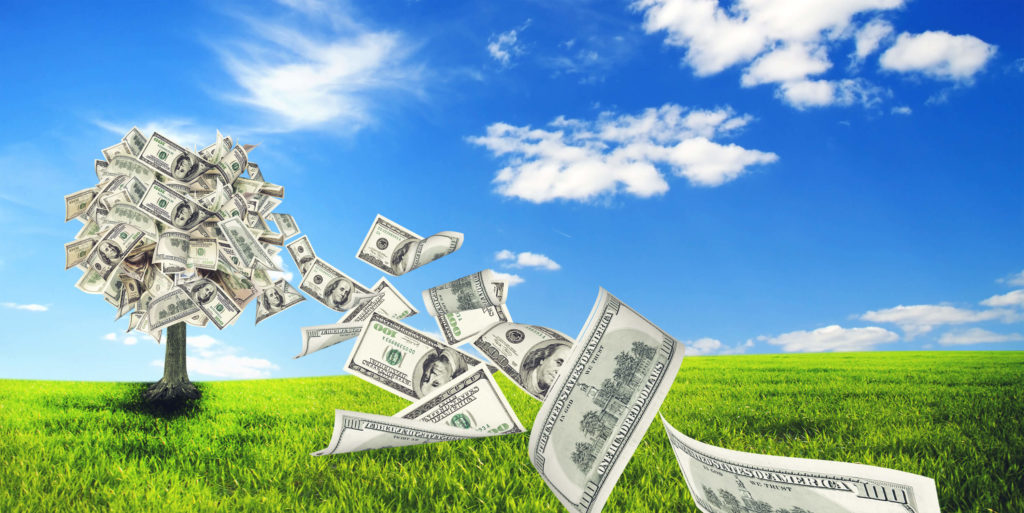 Think about it from the government’s perspective.

Want to send millions of dollars of aid to a country that pisses down our back? No worries, punch some dollar signs into a computer, and the assistance is on the way.

Want to bail out California? No sweat! Fire up the printing presses, hit send, and let the MMT run wild.

The foundation of the Modern Monetary Theory rests on three primary pillars.

The first pillar states that our government can never run out of money because it can create and issue its own fiat currency. Therefore, whenever the government wants money, it snaps its fingers, pushes a button, and presto, it has more money.

The second pillar of MMT proposes that deficit spending will not lead to inflation as long as We the People continue to work, produce, and feed the economy. If this sounds odd to people in the supposedly free world, it should. That’s because nowhere does MMT appear to have concern for “life, liberty, and the pursuit of happiness.” Instead, MMT appears to view workers as mere tools to work, toil, sweat, and grind on behalf of the government. If that sounds like communism, perhaps there’s a reason.

Lastly, the third pillar of Modern Monetary Theory believes that government spending is not supported by taxation. The theory goes on to state that the government should spend money as it wants without regard for deficits; instead, manipulating the tax code afterward in response to any resulting deficit.

The first problem of Modern Monetary Theory is that MMT promotes deficit spending as NOT something to be concerned with before the spending happens.

Instead, those who support MMT believe that deficits are not a problem until they become an issue well after spending the money. 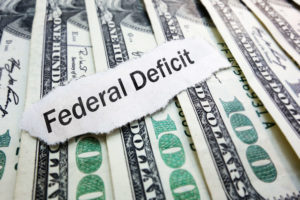 Then, when deficits become a problem, the MMT solution is to tax the people to reign in the deficit. Apparently, that part of taxation did not make it into the theory about taxes not supporting government spending.

The next problem with MMT is that the theory proposes that raising taxes helps promote economic growth because doing so allows the government to remove money from circulation.

Yes, that’s right. When you hear MMT supporters talk about extracting money from circulation, a large portion of that money will come out of the taxpayers’ wallets.

In other words, rather than operating on a responsible budget that balances the government’s income and expenses, MMT believes that any government created deficits can be corrected by increasing taxes after the fact.

This Modern Monetary Theory belief begs a simple and somewhat rhetorical question. When working to offset it’s out of control MMT based spending, whose tax dollars provide the after the fact solution to the government generated deficit?

It’s our tax dollars, the tax dollars of We the People, that MMT theorists propose must be increased to offset the government’s unaccountable spending.

That’s right, rather than balancing a budget and behaving in a financially responsible way before spending money as the government expects of us, Modern Monetary Theory dictates that the government spends and then forces We the People to bail it out.

So, what does Modern Monetary Theory mean for you, I, and the rest of We the People?

First, Modern Monetary Theory is garbage. MMT is an attempt by the left to create a rational explanation for past, present, and future unfettered government spending. Moreover, MMT is a concerted effort to justify increasing taxes.

The sad reality is that our government is already operating on the magic money tree theory. Even worse, the government has been working that way for years. 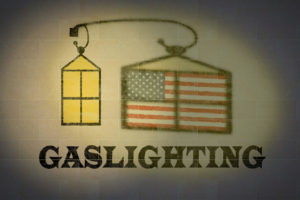 Therefore, it only goes to reason that the supporters of runaway deficit spending would create a theory to give credence to their out of control ways.

In effect, the proponents of MMT are the enablers who create excuses such as the Modern Monetary Theory that politicians, lobbyists, and the rest of the Washington D.C. beltway bandits cite as a legitimate reason for their vile actions.

It’s the Modern Monetary Theorists who are the same people gaslighting the American people into believing that irresponsible, out of control spending is a good thing for them, the United States, and all of our intertwined futures.

They couldn’t be more wrong.

If you have any other thoughts on Modern Monetary Theory Explained, please leave a comment below.

Thanks for reading the Modern Monetary Theory Explained.