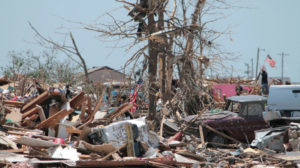 Either by accident or by the whim of Mother Nature, human history is filled with natural disasters. However, within the history of the worst disasters, there are some that stand out as the world’s deadliest disasters.

On January 10, 2010, a severe 7.0 earthquake struck Haiti. Its epicenter was 25 miles west of the capital Port-Au-Prince. Following the initial earthquake, 59 aftershocks were eventually recorded. The quakes led to more than 150,000 deaths and destroyed over 250,000 homes and 30,000 businesses.

Unfortunately, Tenerife North Airport was not designed to handle so many planes. Because of limited space and a large number of planes, many aircraft parked on and blocked taxiways. This forced planes to both taxi and takeoff on the airport’s only runway, a problem compounded by dense fog. This issue resulted in tragedy when two Boeing 747s, traveling towards one another collided, killing 583 passengers.

The first Indian Ocean cyclone of 2008 was Cyclone Nargis. After forming, it made landfall in Myanmar on May 2, 2008. As Nargis came ashore, its storm surge pushed 25 miles up the Irrawaddy delta, flooding the region. This flooding ravaged the areas towns and population, killing over 135,000 and causing $10 billion in damages.

The Mount Pelée eruption is the greatest volcano disaster of the 20th century. The volcano, located in the Caribbean on the island of Martinique, erupted on May 8, 1902. The eruption killed 30,000 people and destroyed the city of Saint-Pierre.

On December 26, 2004, an earthquake occurred off the coast of Indonesia. The quake measured over nine on the Richter scale and triggered massive tsunamis. The tsunamis traveled through the Indian ocean and eventually devastated 14 countries. Of the nearly 230,000 dead, over 130,000 occurred in Indonesia alone. The death toll caused this earthquake to be one of the ten deadliest, and the tsunami to be the deadliest in world history. 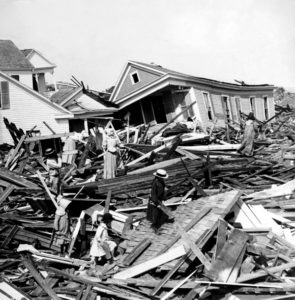 The deadliest natural disaster in the United States is a result of the Galveston Hurricane, which occurred in the fall of 1900. Also known regionally as The Great Storm, the Galveston hurricane is responsible for the deaths of between 6,000 to 12,000 people. In addition to the deaths, the hurricane also left 30,000 people homeless. As a result of the hurricane, investors who paid into Galveston's boom times redirected their investments to the city of Houston, forever changing Texas.

Human history is full of examples of natural and human-initiated disasters. In spite of our best efforts, predicting disasters with any certainty is a thing of science fiction. Disasters usually strike with little to no warning, unleashing devastating consequences. So, while people try to predict them, the safest bet for overcoming their tragic effects is to prepare now. By preparing in advance, you are giving you and your family the best opportunity to survive where they may have otherwise perished. Ultimately, it’s up to you. Do you want to be the victim or the survivor?

If you have any other thoughts or questions about the World's Deadliest Disasters, please leave a comment below.