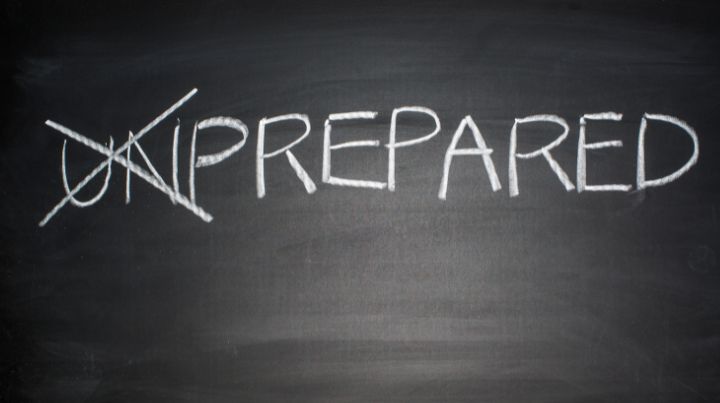 As preppers, we prepare for opportunities. Yes, we prepare for hard times; many see that as Doom and Gloom. After all, it’s not like the show “Doomsday Preppers” has the most cheerful name.

While we’ve accepted the label, it’s never-the-less a label that was stapled to us by biased media in the early 2000s.

Unfortunately, because the media fermented a negative opinion of people who prepare, many people avoided preparing. They either did not want to be associated with crazy preppers, or they were convinced by media bias that preppers are crazy because, in the end, there’s no need to prepare.

Since you’re here and have made it this far into this post, you probably believe one of two things.

First, you may believe in the need to prepare and are here reading this to expand your preparedness mindset and ability.

If that’s not you, then there’s a good chance something put the bug into your thoughts about getting better prepared. So, after a quick Google search, here you are reading a post titled “Why be a Prepper?”

In the end, a prepper understands that there are times throughout the world when bad things have happened that, had people been better prepared, would have been much less impactful to the masses.

Preppers also know that we all face the prospect of personal and family size disasters, also known as micro-disasters. Preppers prepare to make the everyday problems of life, such as a job loss, a little less problematic

7 Reasons to be a Prepper 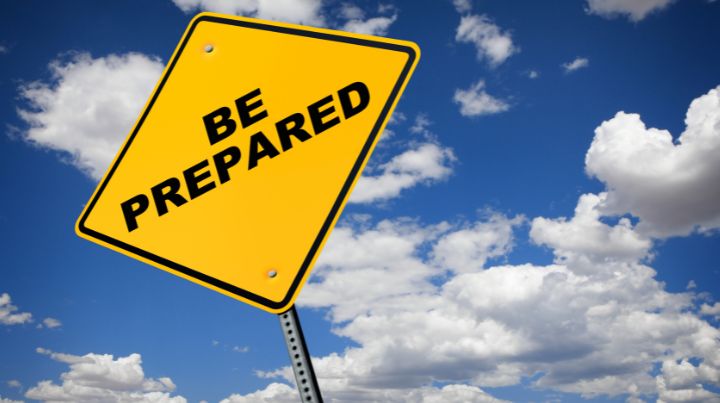 Being a prepper can help you be ready for any unforeseen emergencies.

Job loss, for example, can be devastating if you’re not prepared. If you’ve been unemployed, even for a short time, you know how quickly money can become tight.

Likewise, an ill-timed illness, injury, or vehicle problem will be easier to resolve by the increased flexibility in responding to issues that preparedness brings.

Being a prepper in today’s uncertain world can give you peace of mind knowing that you’re prepared for whatever life throws your way.

In today’s world, it’s more important than ever to be prepared for anything. That’s why being a prepper is such a great thing. Not only does prepping help you and your family be self-sufficient, but it also means you can help others in a time of need with emergency food, knowledge, know-how, etc.

Imagine if a natural disaster struck and your family was able to help your friends and loved ones because you were prepared. Or what if you had extra food storage and could share with your neighbors during a period of economic hardship?

Being a prepper doesn’t mean you’re selfish or a hoarder; it means you’re smart and responsible. So, if you’re not already a prepper, now is the time to start. Your family, friends, and loved ones will thank you for it.

Being a prepper in times of economic hardship can help you weather the storm. When inflation rates skyrocket, or the economy collapses, those who have prepared ahead of time will be in a much better position than those who have not.

Storing food and supplies is essential for riding out a period of hyperinflation or economic collapse. And if the food supply is disrupted, having a food supply of emergency food in your food storage pantry can mean the difference between life and death.

Likewise, unforeseen expenses can also be difficult to handle during an economic crisis. Having an emergency fund can avoid going into debt or putting your assets at risk.

In addition, being a prepper can give you confidence and calm during chaos. Knowing that you are prepared for whatever comes your way can help you maintain your composure during difficult times.

So if you’re looking for ways to safeguard your finances during an economic crisis, becoming a prepper is a great place to start. 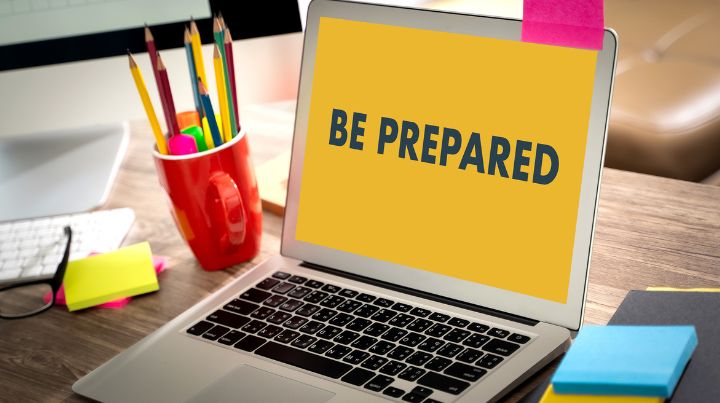 In recent years, there have been an increasing number of power outages and other infrastructure failures. This has led many people to become more interested in self-reliance and emergency preparedness.

Being a prepper can be a great way to protect yourself and your family during times of crisis. When disaster strikes, having a well-stocked emergency kit can make all the difference.

Having supplies on hand can help you weather any storm, whether it’s a literal hurricane or a figurative one. Being prepared can also give you a sense of calm and confidence during difficult times.

Knowing that you have the resources you need to survive can help you maintain your composure when everything around you is falling apart.

In short, being a prepper is a great way to protect yourself and your loved ones during times of crisis.

Being a prepper is often seen as a negative thing, but in reality, it is one of the best things you can do.

After all, natural disasters seem to be more common, and each year it looks like another catastrophic event is making headlines.

A natural disaster can cause a cascade of events resulting in a complex disaster, where one or more disasters merge to make a more significant or impactful disaster.

Fires, freezes and hot water lead to more significant power outages. While they may not be as dramatic as a natural disaster, they can still be incredibly disruptive – even deadly.

Being a prepper with a plan and some basic supplies can mean the difference between being able to weather the storm or being left struggling.

So next time someone calls you a prepper, take it as a compliment. It just might save your life one day.

With the war in Ukraine and heightened global tension – a large-scale cyber-attack, nuclear war, terrorism, and corruption are all genuine threats.

But preparing isn’t just about stockpiling supplies or building a nuclear bunker. It’s also about having the knowledge and skills to survive.

That’s where preppers come in.

Preppers tend to be self-reliant and resourceful, which is precisely the kind of attitude needed during a disaster. They’re also usually situationally aware of the latest survival philosophies and techniques and keenly understand how to survive hard times.

In short, being a prepper is about more than just having supplies on hand – it’s about being ready to face any challenge that comes your way. And in today’s world, we all need to be prepared for that.

Preparing for anything and everything that life throws your way so that you can make the most of opportunities is the only way to live.

An opportunity is to eat some of your rotational canned food rather than pay inflated prices at grocery stores for food, and disappearing toilet paper is an opportunity to save money.

Being prepared is about more than just having the right first aid kit. It’s also about being mentally and emotionally ready for anything.

When you’re not constantly worrying about the what-ifs, you’re clear-minded and free to seize opportunities as they come your way.

So go out and live your best life, knowing you’re prepared for whatever comes your way.

To sum up, why it’s good to be a prepper, it comes down to three things:

So if you’re not already a prepper, now is the time to start. It could very well be the best decision you ever make.

Why do you feel people should be preppers? Please, tell us in the comments below. 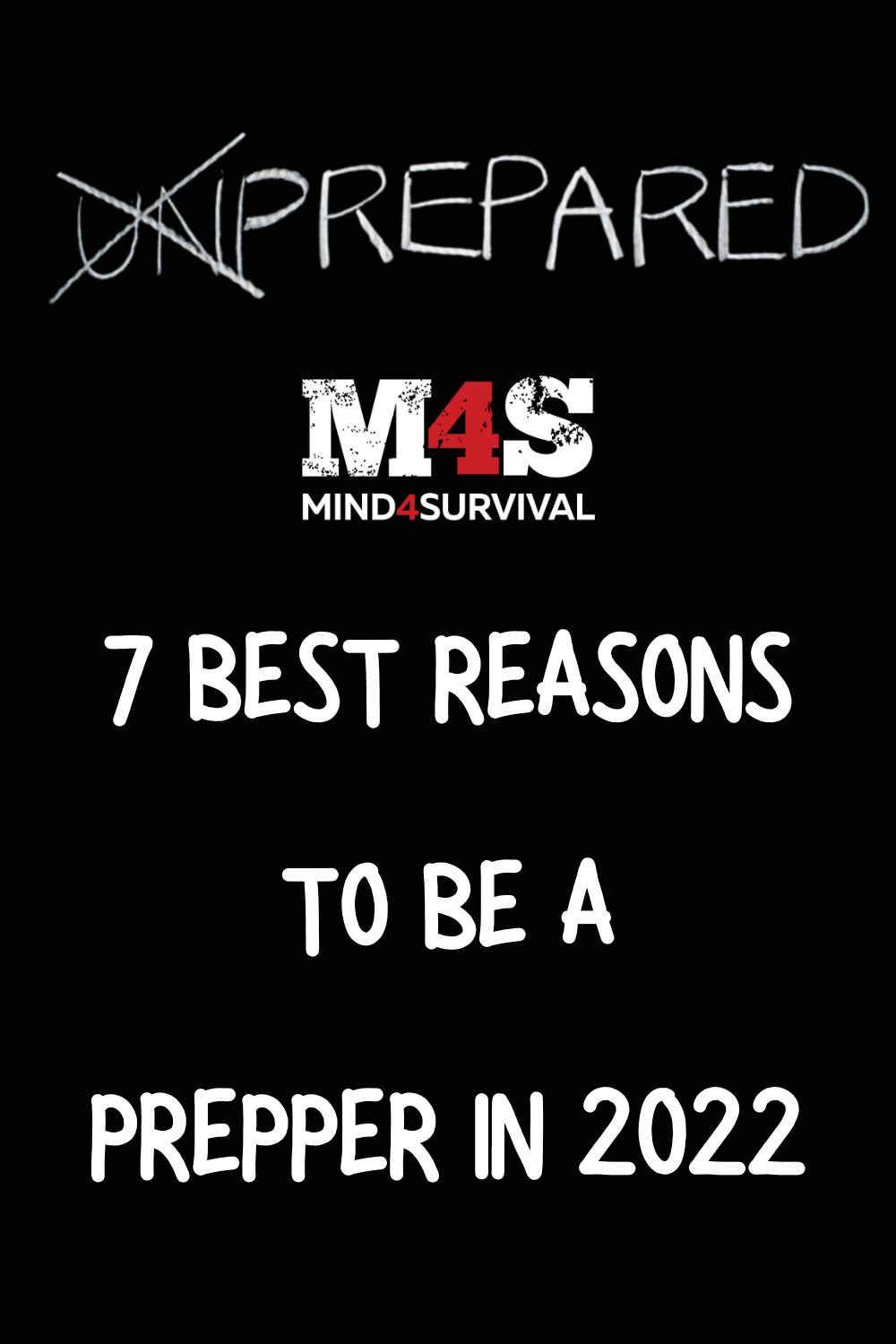