Home » SHTF Meaning: What is SHTF & Why Preparing for SHTF Matters

SHTF Meaning: What is SHTF & Why Preparing for SHTF Matters 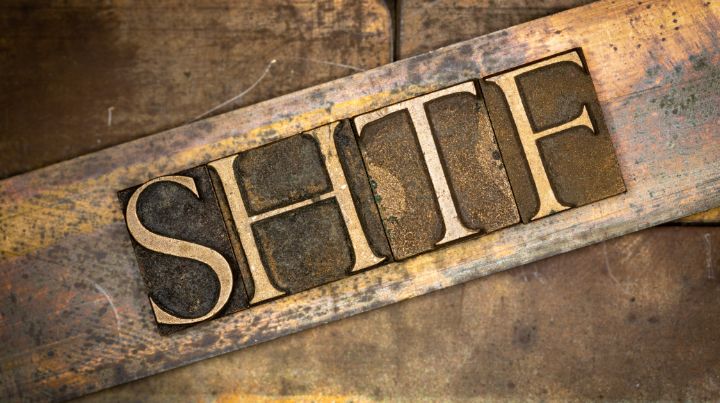 The SHTF meaning is the stuff of nightmares: a sudden and complete breakdown of society as we know it: no electricity, running water, food, or medical supplies. Crime and violence are running rampant, and millions of people are fighting for survival. This is the stuff of movies and television shows, but is it possible?

As dramatic and concerning as that seems, have you ever truly considered the in-depth meaning of SHTF? If you have, you’re in the right place! In this article, I’m going to cover not only what SHTF means but also its definition, origin, history, and why preparing for SHTF matters.

So, what are you waiting for? Read on to learn more about the SHTF meaning!

The SHTF meaning can vary depending on who you ask, but it generally refers to a complete breakdown of society as we know it.

SHTF is an acronym. The acronym SHTF stands for “Shit Hits the Fan” or “Shit Hit the Fan.” Shit Hits the Fan is a term used to describe various situations in which everything goes wrong at once. SHTF events can range from natural disasters to catastrophic man-made accidents.

In an SHTF situation, there is usually widespread panic and chaos, and it can be tough to survive. That’s why it’s crucial to be prepared for SHTF events before they happen. If you have a plan and supplies in place, you’ll be much more likely to make it through an SHTF situation.

What is the Origin of SHTF?

Dictionary.com describes the history of the SHTF meaning as:

“The expression shit hits the fan dates to at least 1930. Shit hitting the fan refers to the ultimate consequences of something turning out, well, shitty. When problems (shit) start piling up (hits the fan), that’s when things get real.” (Source) 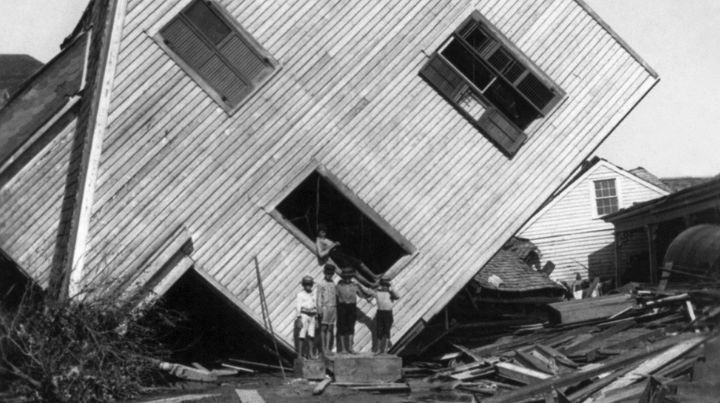 Starting in the past century, the threat of a catastrophic event causing massive damage regionally and globally became real for more people than ever before. The potential reality of an SHTF event became much more believable due to a compounding of SHTF scenarios occurring.

Some key examples of regional and world-impacting SHTF events that shaped the perspectives about what SHTF means in the past century are:

The history of preparedness shows that due to the consequences of these events, people began taking increased steps to prepare for human-caused and natural disasters. 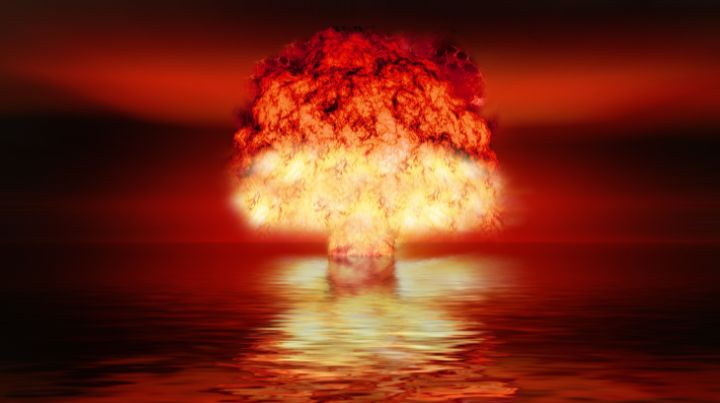 Moving on from the past century, our current century has had more than its share of Shit Hits the Fan scenarios.

Some of the events that promoted a state of heightened awareness about prepping for preparing for SHTF include:

Why Preparing for SHTF Matters?

Due to the compounding of human-made and natural disasters, such as the Western US drought, rolling power grid blackouts, historic fire seasons, solar cycle 25, and rising crime, many people, especially preppers, are preparing for a possible SHTF situation. 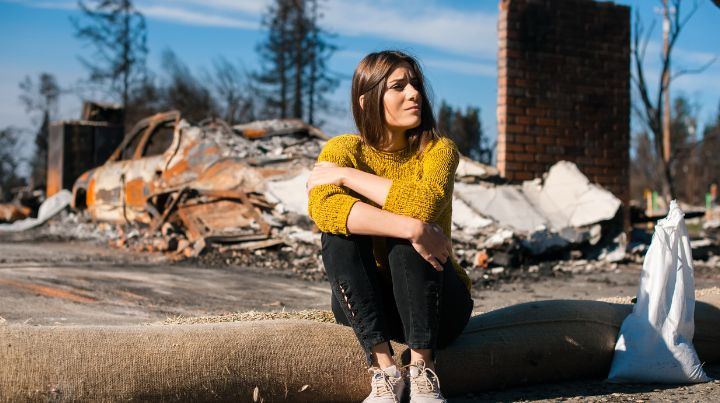 Preparing for a shit hits the fan event is essential because it increases your chances of survival. If you have the knowledge, skills, plan, and resources in place, you’ll be much more likely to make it through an SHTF situation.

There are many different ways to prepare for SHTF. Some people choose to stockpile supplies, while others opt to learn survival skills. The best action is to do both. No matter how you decide to prepare, the most important thing is that you take action now before the shit hits the fan.

The last thing anyone should experience is an unprepared life after the shit hits the fan.

What is the Most Likely SHTF Scenario?

SHTF is the term used to describe different scenarios when disaster strikes and everything goes wrong at once. Therefore the most likely SHTF scenario is the one where the things that go wrong do so because a person is unprepared.

While a situation can be an SHTF event for many, it can be not that bad for those who are prepared and caught up in the same event. For example, Johnnie White’s Corner Pub, located on the corner of Bourbon Street in the New Orleans French Quarter, stayed open through Hurricane Katrina. (Source) So, while the city flooded and people died in New Orleans, some carried on as if nothing was wrong. 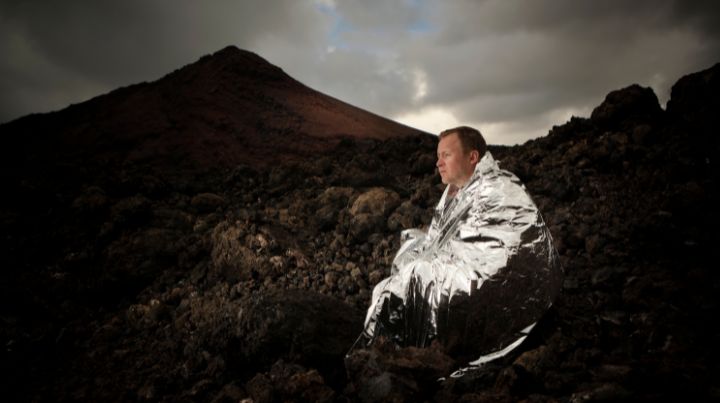 Preparing to face a human-made or natural disaster positions those who take the time and effort to prepare to withstand a catastrophic event better. In other words, just like Johnnie White’s Corner Pub, those ready for human and natural disasters are less likely to experience an SHTF situation than those unprepared and part of the same survival situation.

Advantages of Being Prepared

When SHTF scenarios happen, most prepared people will have the basics of the survival pyramid taken care of. People who are prepared will have the…

People who are unprepared for a catastrophic event are more likely to experience struggle during an SHTF scenario. Unfortunately for the unprepared, even a micro-disaster such as a job loss that doesn’t affect the outside world can become an SHTF situation.

Disadvantages of NOT Being Prepared

During SHTF scenarios, unprepared people will find themselves in a very difficult situation. Many will be dependent upon others for help. People who are NOT prepared may struggle or fail to:

In the end, those who take the time to prepare for future uncertainties will find themselves more safe, confident, and self-reliant then life goes from bad to worse. Those who don’t prepare will not be ready and will struggle and suffer.

How Close Are We to an Extreme SHTF Scenario? 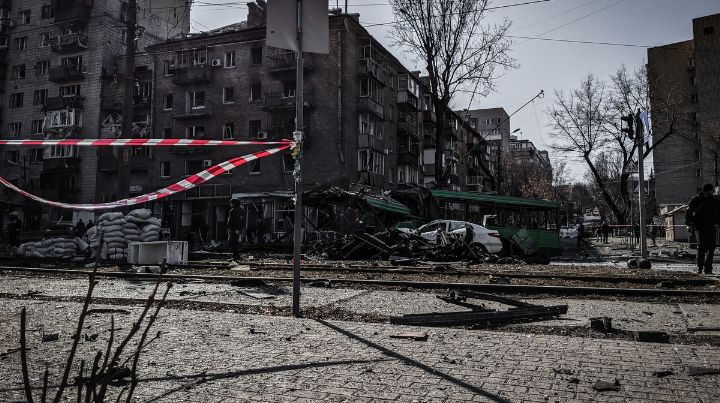 Some believe that we are already in the midst of an evolving SHTF situation. They point to the increasing frequency of natural disasters, the ongoing conflict in Ukraine with the potential for nuclear war, escalating inflation, pandemics, and rising crime and violence, as evidence that the world is on the brink of disaster.

While it is undoubtedly true that these are all serious threats to our way of life, it is essential to remember that we have faced such challenges before and emerged victorious. The fact is, human beings are resilient and adaptable, and we have proven time and again that we can overcome even the most difficult situations.

With that said, we are farther down the path towards an SHTF event than many have ever experienced. And, because we’re on the path and farther down, we’re closer to experiencing an actual shit hits the fan scenario.

What if things don’t turn around? What if things continue to worsen. In that case, we must be prepared, and the time to get better prepared is NOW!

When it comes to the SHTF meaning, there is a lot to consider. SHTF can refer to many different things, but most importantly, it is a warning sign that things are about to go very wrong.

For those who are not prepared, SHTF can be a nightmare come true. But for those who have taken the time to get ready, SHTF can simply be another opportunity to use their hard-earned survival skills.

No one knows when or where the SHTF event will occur, but it pays to be prepared. So ask yourself, are you ready for SHTF? If not, what are you waiting for? 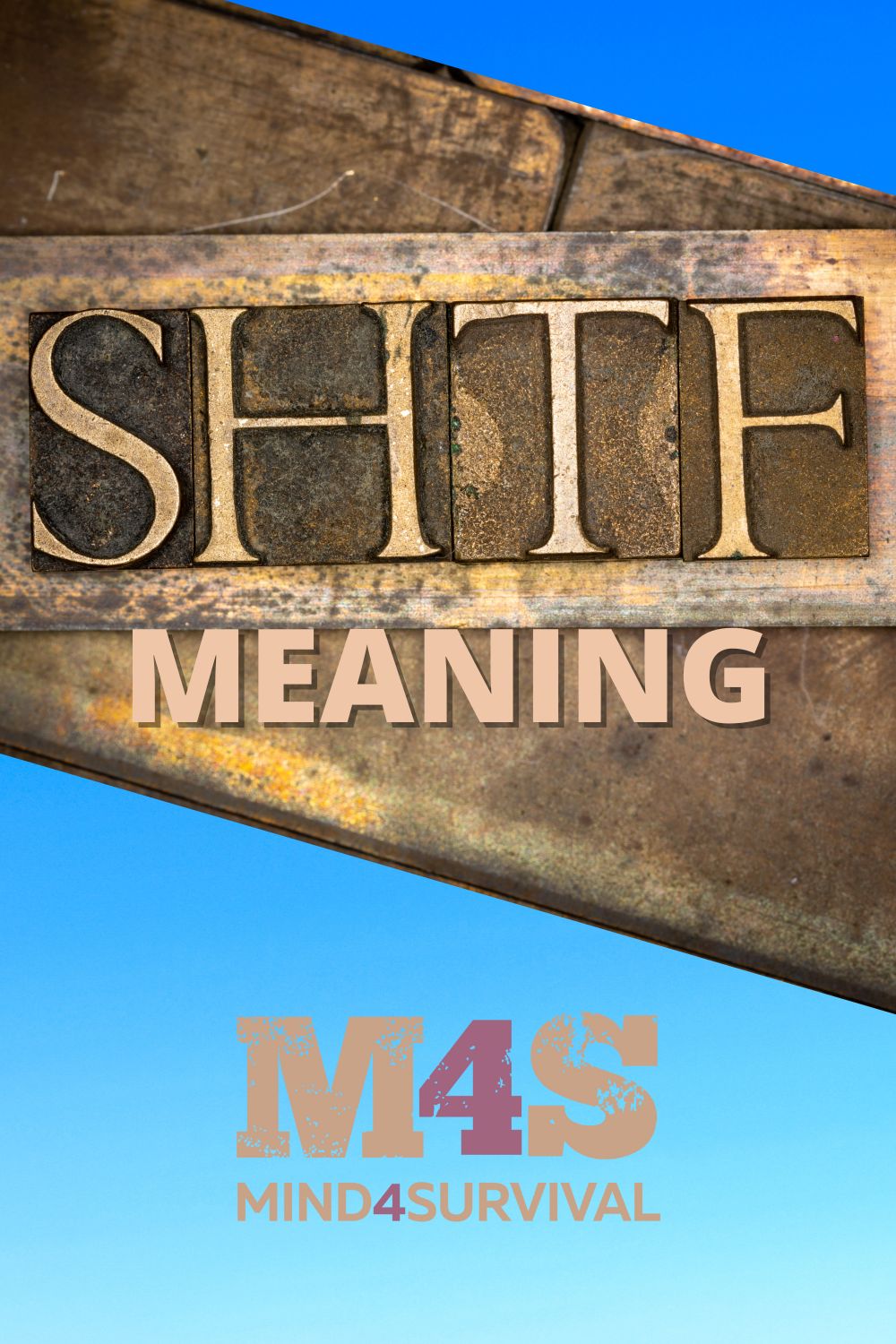