Home » M4S 067: Are Preppers Crazy? How to Overcome the Stereotype

M4S 067: Are Preppers Crazy? How to Overcome the Stereotype 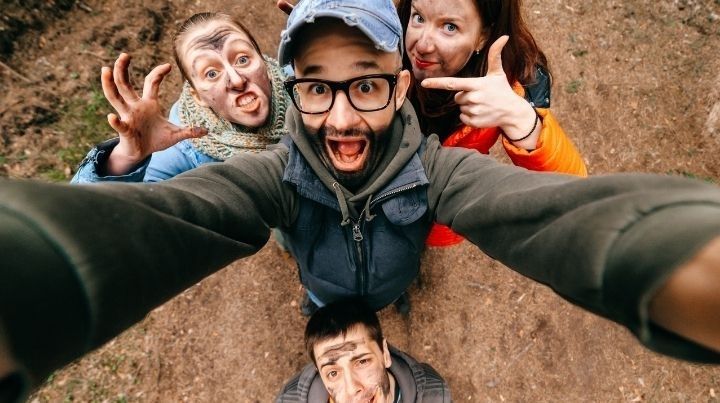 What often stops people from taking preparedness seriously is the question, “Are preppers crazy?” It’s that very question that also drives people within the preparedness community nuts.

After all, especially with 2020 in the review mirror, does preparing for challenging times and unforeseen difficulties sound crazy?

Unfortunately, when it comes to answering the question of “Are preppers crazy?,” the readiness community often suffers from a label that it has, at least in part, fostered for itself.

Therefore, if the preparedness community wants to be taken seriously and not be looked upon as crazy preppers, it first needs to accept responsibility for its reputation and change from within.

With that, this article will cover some of the fundamental reasons people think preppers are crazy. And, if you want to really get into the topic of why preppers are seen as crazy, here’s a video Dale Goodwin and I recorded for The Survival Preppers YouTube channel. (Video Potty Mouth Warning!)

Far too often, preppers unnecessarily use fear as a tool to motivate others to prepare. As a result, the fear that is supposed to encourage others has the opposite effect.

“Keep your fears to yourself but share your courage with others.”

The fact is that those who unnecessarily use fear to convince others to prepare are taking the lazy way out. Moreover, those who needlessly use scare tactics for preparedness motivation are often alarmists who lack the most fundamental of all preparedness tools.

The tool the alarmists lack is the mindset to understand fundamental human nature. Sadly, these Chicken Littles don’t understand that more is accomplished through encouragement and helping others understand the situation than is achieved through fear.

Surveys show that one of the most sought-after goals of preparedness-minded people is to improve their confidence to rise to the occasion when times get tough. Whether those tough times are a micro or macro disaster, people want to be mentally prepared to deal with it as best as possible.

So, the question is, when people turn to preparedness to gain the skills and confidence to protect their families and friends, why in the hell are we as a community trying to scare them? Does that make any sense?

The truth is, we as a community will gain more and go farther to help others to prepare by building them up instead of tearing them down through fear.

Five Rules of Fear in Preparedness

It’s helpful for those of you who are new to the readiness lifestyle to know these five rules of fear in preparedness:

People also ask, “Are preppers crazy?” because of the negative-sounding, nerd vocabulary we use.

Think about what preppers must sound like to someone who doesn’t yet understand preparedness. Think about it in terms of the acronyms we use.

Suppose you take a step back and listen to it objectively. In that case, you can’t help but see that we often stick the crazy preppers label on ourselves without even trying.

Let’s look at some of the terms and language that we, as preppers, use.

So, what does this all mean? It means that even though our intentions are good, we should consider how we speak with people who are not yet into preparedness. When speaking with people, it’s always a good idea to understand your audience. Then, once you understand them, use terms that they know and that are not overwhelming.

Some of you are probably thinking that a disaster is going to be difficult. Hence, people need to toughen up and accept our preparedness terms.

However, why throw the baby out with the bathwater? In other words, is the intent to get others on board with preparedness, or is it to impress prepping novices with your nerd-speak?

After all, isn’t the thought that we want others to be part of the solution by becoming more prepared? 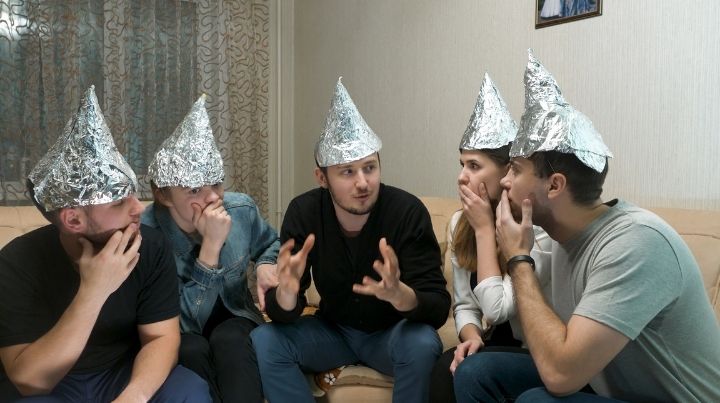 Sometimes it’s a good idea to look at ourselves from an outsider, non-preparedness-minded person’s perspective. I get it. Most of us don’t care what others think about us.

However, we should consider that preppers can be perceived as weird when talking with non-preppers. That does not mean not being yourself. Instead, it means to know your audience and tone things down when speaking with people who don’t yet understand the self-reliant community.

In addition to coming off as weird, we can get excited to talk about some very negative things. While we may accept disastrous, end of the world events as simple possibilities to prepare for, others don’t necessarily see it the same way.

The way non-preparedness-minded people often view disasters is as dark, menacing, and painful events that cause fear.

Do you recall what I mentioned earlier about nearly every new prepper feeling overwhelmed and fearful when they first begin prepping? With that being the case, does it make much sense to pile more disaster talk on them?

No, constantly talking about the impending apocalypse often does more harm than good. That is especially true when dealing with those newly anointed to the preparedness mindset.

So, use a measured approach when dealing with those who are new and inexperienced in preparedness. Try planting the prepping seed by mentioning how great it feels to be prepared. Consider describing how you overcame a micro or macro disaster by being prepared. Then, let them know if they’d like to learn more about being more resilient, that you’d love to help.

That’s it! Plant the seed in a way that’s positive. Then, let the preparedness seed germinate and be there to support the growth when it takes root. If the seed doesn’t take root, that’s fine. Bide your time and plant another.

In the end, you won’t convince everyone to prepare. However, you will convince some, and when you do, it’s golden!

The Mainstream Media Labels Us as Crazy Preppers

There is no doubt that the mainstream media (MSM) goes out of its way to paint the preparedness community with a negative brush.

The National Geographic series “Doomsday Preppers” is a great example of negativity from the MSM. While many of the people depicted in the show are good, well-meaning people, the show has a feel of twisting things to make them appear as crazy preppers.

Next, think about the impact the news media has on the preparedness community. On the one hand, the government tells us to stock up on food. Then, on the other hand, the news media calls us hoarders for doing that and more.

While the preparedness community does not have control of the MSM, we do have control of ourselves. Therefore, it’s incumbent upon those who live a prepared lifestyle to minimize the opportunities we provide for the mainstream media to label us as crazy.

The Bottom Line About “Are Preppers Crazy?”

The answer to the question, “Are preppers crazy?” is an unequivocal, “Mostly not.” Preppers are enthusiastic people who believe in taking personal responsibility for themselves and their loved ones.

However, because of our enthusiasm and desire for others to become better prepared, we can often overwhelm others who are not as like-minded about their readiness. It’s that same enthusiasm that often results in others labeling us as crazy preppers.

It’s also that same enthusiasm we need to, at times, tone down and put in check. With our passion in check, we can approach others in a more thoughtful, strategic, and effective manner. As we do, we’ll find that we attract more people to our extended community and fewer who wonder, “Are preppers crazy?”

Now, let’s hear from you. Leave a comment below telling us why you think preppers are perceived as crazy. Definitely leave a comment if you have your own crazy prepper story that you’d love to share!