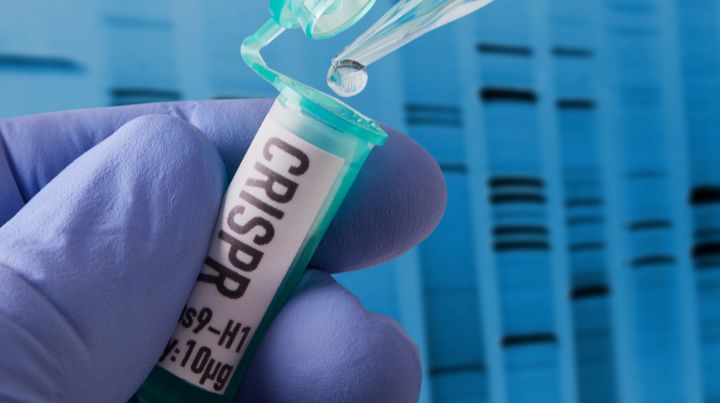 A prepper must stay abreast of the current technology in the world lest he falls behind and not realize some of the potential threats out there. Knowledge is power, and if you don’t know the hazards, you also don’t know the possible solutions. Likewise, if you don’t know a bit about the technologies available, you won’t see what you could turn to in case of a problem.

In today’s case, let’s look at what is likely to be looked back on as the most world-changing technological advancement in the past several centuries: CRISPR.

Standing for Clustered Regularly Interspaced Short Palindromic Repeats (CRISPR) is a form of gene editing technology. It was first created in 2015 and resulted in a Nobel Prize for the two scientists involved in its discovery and creation.

At the most superficial level, CRISPR works by utilizing a modified protein called Cas9 to snip out selected sections of DNA. And truly any DNA. Animals, bacteria, humans – CRISPR technology can alter all of their DNA. 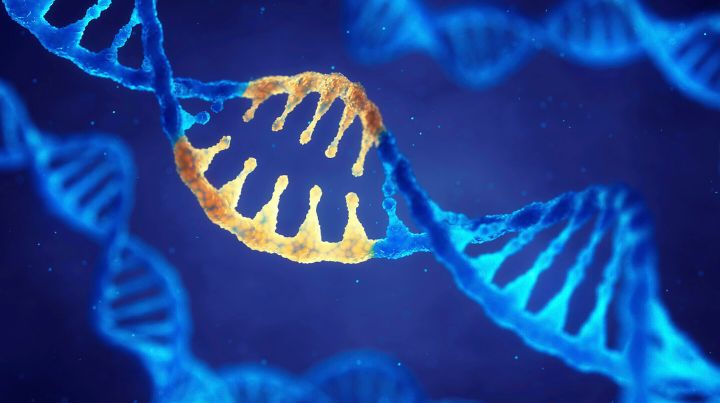 And it truly is altering DNA. With CRISPR, particular gene segments don’t necessarily have to be snipped out. Genes can be turned on or off, or even new sections of DNA can be added. The possibilities of this are enormous.

If you consider your DNA to be the LEGO bricks of human life – the computer code that determines how things “are” – then you quite literally now have access to the bucket of bricks to build whatever it is that you want.

Why is CRISPR Technology Advocated For?

While gene editing has been around in rudimentary forms for years, CRISPR takes things to a new level. It has made genetic modification a possibility for the ordinary person. No longer does one have to spend hundreds of thousands of dollars on gear and DNA sequences. Now, somebody could alter DNA with a few thousand dollars.

Almost immediately after CRISPR was released to the world, it began to be used within the medical field. Soon, this is where you will see CRISPR make the most significant leaps and bounds. It’s hard to argue against a technology that can treat hundreds of genetically-caused diseases.

For example, in 2020, CRISPR was being used as a form of experimental treatment on twelve patients with sickle cell disease. It’s currently being tested to treat particular forms of cancer. Research is underway to see if it can be used to stop inherited blindness. People are looking at using CRISPR to prevent Lyme disease. It’s successfully been used to fix a genetic heart defect in an unborn baby. It’s currently estimated that up to 89% of all genetic defects can be fixed with CRISPR technology. 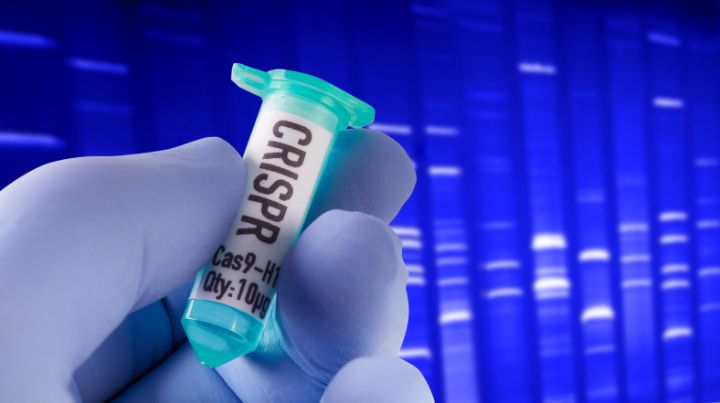 We’ve even witnessed scientists add 20 years to their “genetic life” by extending their telomeres using CRISPR technology. Did she just prove a way to live longer?

Nobody will argue against a particular technology being used to treat the sick. No one wants to see a baby suffer through surgery after surgery to fix a heart with a hole in it. Nobody wants to witness their toddler have to learn how to cope with blindness, oblivious about the beauty of the world around them.

And it’s for this reason that CRISPR is here to stay.

CRISPR Can Be Used for Food Production

It doesn’t just have to be the medical field where CRISPR can be used. We’ve already seen it be applied to the world of agriculture as well. For example, it’s been used to create rice that wouldn’t accumulate heavy metals.

Who wants to eat heavy metals? Nobody. Do heavy metals cause health problems? Absolutely. Because of this, people can argue that CRISPR can be used once more to stop disease. Consider that in a world experiencing a food shortage, any means of boosting food production won’t be able to be argued against.

This is where we begin to jump into the uncertainties about all of this. For starters, keep in mind that we have zero long-term studies on CRISPR’s use. It was only created a few short years ago. While CRISPR could fix problems today, there is a genuine possibility that it could make even worse problems 30 years from now. The use of this technology could be nothing more than the passing off of our problems to our children instead.

And while It’s currently argued that CRISPR doesn’t result in inheritable changes, again, we don’t have long-term studies on this. The data is minimal. While I’m no professor of genetics, I fail to see how a father’s genetically modified DNA wouldn’t be passed to his children. Are our children not a combination of our DNA as it is? What magically makes it so that CRISPR-altered DNA doesn’t get passed down, but normal DNA does? This seems to be something of an ungenuine claim.

It’s also said that built-in safety mechanisms with CRISPR keep it from cutting the incorrect part of the DNA. But again, we come to the question: how do you know for sure? There is a first time for everything; admittedly, there’s a lot about DNA and this technology that we don’t know about.

What Potential Problems Could We Create?

We could easily create a monster if we don’t know the possibilities. Imagine a world where we cure somebody’s blindness without realizing that we’ve accidentally just created the perfect DNA cocktail that results in their having a brain aneurysm. What happens if we fix sickle cell but create a new disease in the process? What if it is a novel inherited disease?

And let’s not forget that CRISPR isn’t just for humans. It can be used for bacteria as well. Somebody could easily create a superbug with this technology. These are genuine threats to life and safety that we must consider here.

The Moral Problems Here Raise Their Ugly Heads as Well 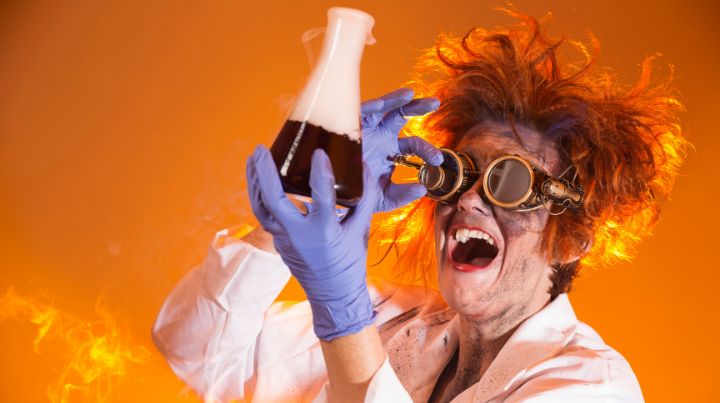 Consider the possibilities of creating chimeras now. A human-dog hybrid could potentially be a possibility with this technology. Is that something that we want to do? Is that something we should do? This brings to mind the words of Jeff Goldbloom in Jurassic Park. Just because we can, does that mean that we should?

What about modifying people against their will? We’ve already seen a semblance of this in China. In 2019, a scientist announced that he’d used CRISPR to genetically modify two little girls to make them HIV-resistant.

While the case can be made that it’s good to make it so that people don’t get sick, these girls have had their DNA tinkered with. Will they be grateful for this when they are 20 years old, or will they be angry? Will they view that scientist as a benefactor or somebody with zero right to do what he did?

Could this lead to using CRISPR to create future offspring that only serve particular uses? Could CRISPR be used to make some babies into super soldiers, some into genius doctors, and others into prostitutes? The possibility exists.

What About “Rogue” Experimentation?

I understand that “rogue” is a bit ambiguous here, but consider that there are biohackers out there who are using this technology on themselves. At the moment, there are DIY guides on the internet teaching people what it takes to alter their DNA.

One scientist has used it to prove that he could give himself bigger muscles. You can likely imagine some of the possibilities involved with this and the moral questions attached to them. We have men who have used this kind of technology to treat genetic defects in their terminally ill children, and successfully, to some extent.

But again, the question is raised, what are the potential threats here? Could some unwitting actor unknowingly create a monster without even realizing they have done so? Could somebody make a Frankenstein beast that they cannot stop? The answer is ‘yes.’

Perhaps with this technology at our disposal, we should take the time to develop a crisp moral framework before we accidentally unleash something upon mankind. But what do you think? Is the only way to get definitive answers by plunging ahead? Is this the ultimate prepping tool? Tell us below. 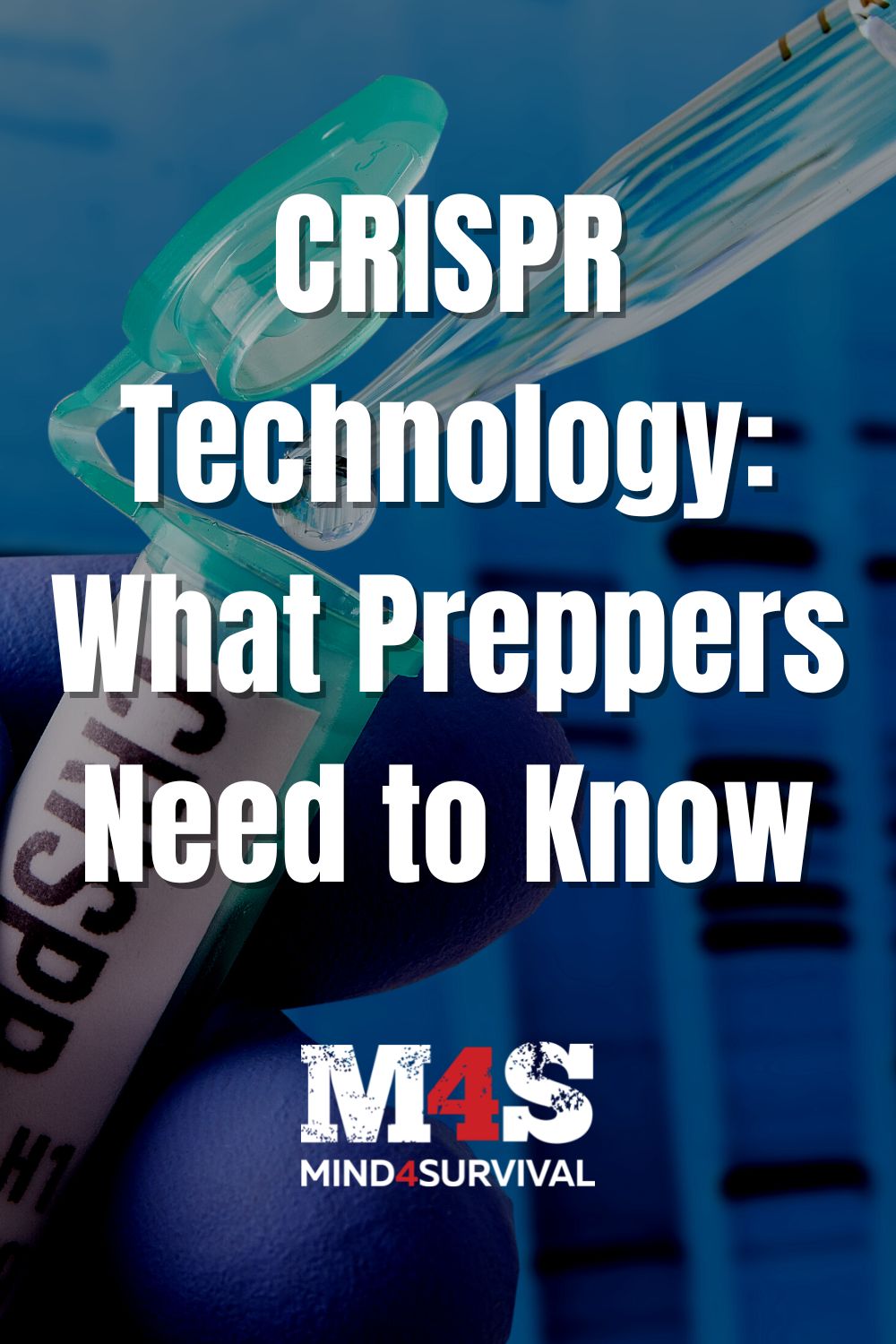