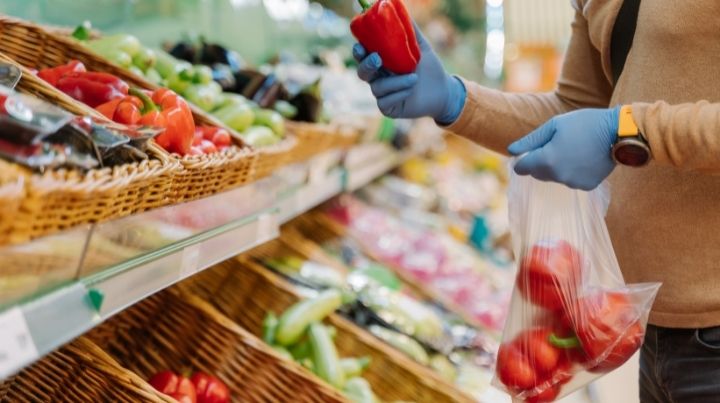 As a long-time paramedic, wearing disposable nitrile examination gloves is an essential part of my Personal Protective Equipment (PPE) and has been since 1987-1988. That is when, in my experience, EMS agencies in Southern California began “allowing” people to wear gloves in response to the HIV-AIDS epidemic.

Before that, EMTs and Paramedics often got bloody and wore all kinds of other people’s bodily fluids. Sometimes, our uniforms stayed dirty for hours, if not longer.

As the HIV epidemic worsened and became more well known., I recall running on my first patient, confirmed to have HIV. Yes, back in the pre-HIPAA (Health Insurance Portability and Accountability Act) days, medical diagnoses were routinely passed on.

Anyhow, I can recall how nervous I was to work on this patient. At that time, as with now, there was a lot of conflicting information, rumor, speculation, and uncertainty surrounding HIV and how it transferred between people. To say that people viewed HIV as a scary, long, miserable death sentence is an understatement.

The Early Days of Protective Gear

Now, when it comes to my first encounter with a person with HIV, as I said, I was nervous. Not only was I worried about myself, but I was also worried about treating the patient well. I was nervous about becoming infected with an unseeable, untreatable, microscopic death sentence. The idea of getting it and passing it on to my friends, family, and others was as equally nerve-racking.

So, as my partner and I headed out, I recall calling my paramedic supervisor named Rick and asking something, for the time, that was crazy. And here’s how that conversation went:

“Hey, Duff, (that’s what most people called me back then) what’s up?”

“Well, Rick, we’re running on this person who has HIV, and since we know at least one route of infection is by bodily fluids, can we get some rubber gloves, just to be safe?”

(Remember, we didn’t wear gloves back then. Not only did we NOT wear gloves, but we also didn’t have any on any of our rigs. Yep, that’s right, no gloves, period. When it came to equipment, it wasn’t a big deal if it was bloody or covered with other bodily fluids. The accepted practice of the day: quickly wipe down and put the gear back in service as fast as possible, to be used on the next patient. That goes with all equipment, airways, cervical collars, etc.)

After voicing my concerns and request to my supervisor, Rick, I heard a sigh and a medium-length pause on the other end of the radio.

(This is also pre-everyone had a cell phone days. It seems like the stone age now. No, ATMs, no texting, no nothing compared to now.)

Finally, Rick came back on the radio and agreed we could wear gloves with a couple of stipulations. Yes, requirements about protecting ourselves from a deadly virus. The stipulations were:

Great! So, all of us got to suck an egg.

Eventually, Changes Were Made

Fortunately, some years later, people realized the old way of “gloves are for the weak and scared,” was complete insanity. In turn, the thought of NOT wearing disposable nitrile examination gloves as protection against disease went the way of the dinosaur, and taking precautions against infectious diseases was encouraged. And, with that, the notion of PPE and Body Substance Isolation (BSI), which is fancy lingo for keeping other people’s germisicles off us, became the standard.

As the notion of BSI became the standard that every course and training session beat into every healthcare worker’s brain. PPE was so crucial that EMT and Paramedic students would automatically fail testing stations if they touched the training patient without first taking BSI safety precautions.

For example, currently, the National Registry of Emergency Medical Technicians (NREMT), the primary certification body for EMTs and Paramedics in the United States, will FAIL anyone for “Failure to take or verbalize appropriate PPE precautions.”

That’s it; if a testing candidate fails to take action, they fail the test. Not only is BSI a critical testing failure, but it is also the first requirement on the student’s grade sheet.

So now, that’s the history and current state of affairs for EMS and other healthcare workers regarding taking precautions against infectious diseases.

Finally, before I give you 8 tips when wearing disposable nitrile examination gloves, please remember that gloves and masks alone do NOT guarantee you won’t get a virus. However, they help, and what also helps is by paying attention when going out and about.

Now, for my eight tips on wearing disposable nitrile examination gloves to protect yourself and others from this virus or ANY disease:

Disclaimer: We are all our own best advocates for our safety and health. Therefore, take the information I and others provide, review it, research it further, and come up with the best course of action that helps protect you and your loved ones.