Home » The History of Survivalists and Preppers

The History of Survivalists and Preppers 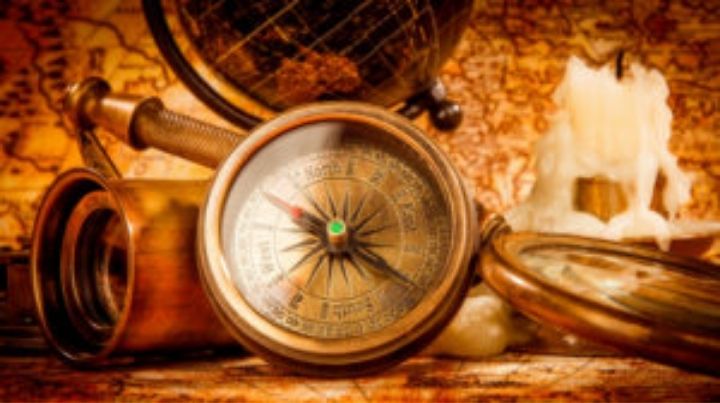 Getting ready for disasters or preparing for a time that is not abundant is nothing new. You can find records and evidence of survivalists and preppers in the earliest points in history.

Survivalists and Preppers of the Ancient Times – 1900

The history of survivalists and preppers is traceable back to the earliest of human times. One only needs to look to the story of Noah and his ark for an example of preparing for a natural disaster. Following the great flood, both human history and the history of prepping are full of examples of people who prepared in advance to overcome future challenges.

Humans have preserved food since the earliest days. Without our modern conveniences, people had to plan and prepare well in advance for trying times. For example, in the Middle Ages, people preserved food in the summer so they could eat in the winter. Because of the expense associated with feeding animals in the winter, most were slaughtered in the fall. Once killed, they were preserved to supply meat through the winter.

This basic need for preparing for adversity continued for thousands of years. It continued because it was necessary for survival. Without preparing, most would have surely perished. Imagine winter in the 1800s without pre-chopped wood or preserved food. The history of prepping is full of examples of those who did not think ahead or prepare and proved Darwin right.

Even in our more recent history, preparing for adversity was accepted and encouraged the practice. Through most of the 20th century, people and governments urged people to prepare for challenges and seek some level of self-sustainability. In many cases, this was a motivating effort for a country’s citizens to help support a national effort by becoming what we’d now call survivalists and preppers. 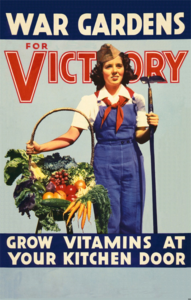 Numerous countries involved in the wars encouraged their citizens to plant “victory gardens.” The promotion of victory gardens went hand in hand with the rationing of food. These campaigns for survivalists and preppers-type self-reliance became patriotic endeavors that would help win the wars.

During WWII, some feared that German aerial bombing was not far behind the U-Boat attacks that targeted the eastern coast of the United States. Therefore, another preparedness action taken by many was the construction of home bomb shelters. Many of these bomb shelters still exist today.

With the end of WWII, the world entered the nuclear age. Along with the atomic age came the fear of nuclear war between the world’s superpowers. This concern 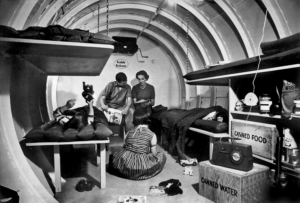 resulted in the building of bomb shelters throughout the United States by individuals and local and federal governments.

Perhaps one of the most famous and massive bomb shelters is the Greenbrier Resort in West Virginia. The Greenbrier project began in 1958. The project, known as “Project Greek Island,” would become the potential shelter for 1,100 people, including the US Congress. The Greenbrier remained in operation until 1992, when it was outed by the media. Had it not been exposed by the media, it would probably still be part of the federal government’s survival plan today. However, while the US government may not plan on using the Greenbrier today, there are undoubtedly other Greenbriers standing by for a cataclysmic event.

The government not only built shelters such as the Greenbrier, but it also instituted “duck and cover” education and drills. Ask anyone who was a child of the times. They will most likely be able to recall watching public safety films, such as Atomic Alert, and conducting nuclear bomb drills. These drills followed guidance similar to what the US Army’s Field Manual, FM 3-4 NBC Protection provides:

The next phase in the history of survivalists and preppers began in the mid-1970s. It was in 1976 that Kurt Saxon coined the phrase “survivalism.” It was also during the mid-1970s when Howard Ruff wrote his book Famine and Survival in America. Ruff’s book, based upon the turbulent financial times, helped lay the foundational concepts of today’s modern prepper philosophy. At the same time, the start of the contemporary firearms movement began at the American Pistol Institute (now Gunsite Academy), founded in 1976 by USMC Lieutenant Colonel Jeff Cooper.

Unfortunately, as the 1980s progressed into the 1990s, the media and a large portion of society began to negatively label people who took preparedness actions. The media wrongfully combined anyone and any group who practiced preparedness into one targeted group of wrongdoers. Rather than identify people and groups based on their merits, the press used blanket accusations in an attempt to paint all survivalists and preppers as crazy, racist, and anti-government. It was a deceptive but effective tactic that drove many well-intended but concerned people who engaged in preparedness to take their activities underground to prepare in secret.

Survivalists and Preppers of 1999

Fortunately, in the late 90s, as the specter of Y2K approached, the media campaign against people who prepared began to soften. Y2K was the fear that computers would shut down at the start of the new century due to a computer glitch.

The specter of Y2K resulted in the mainstream media running stories of potential power grid failures and societal shutdown. Fortunately, 2000 started without a hitch, and the prophecies of a Y2K doom never materialized.

However, what did materialize was a rebranding of the survivalist movement and preparing for adversity, which resulted in an overall increased acceptance across society.

With increased recognition, the word “prepper” replaced the word “survivalism.”

As it did, “survivalists” became “preppers.” That acceptance, while not complete, continued to increase and continues to do so today.

The terrorist attacks of September 11, 2001, ushered in a new age of ongoing worry and concern. That level of fear and anxiety is possibly the greatest in the history of preppers.

The Bottom Line on the History of Survivalists and Preppers

As time passed, the flames of worry and concern continued to be fanned by the never-ending 24-hour news cycle. It is this media-driven news cycle, which sensationalizes such tragedies. Events such as swine flu, avian influenza, Ebola, increased crime, repeated terrorist attacks, financial upheaval, etc., receive round-the-clock coverage. The fear of the sensationalized news stories drives more people to become concerned for their future safety and security.  They are more willing to prepare for adversity. As a result, the prepper ranks continue to swell as it has at no other time in the modern history of prepping.

The explosion of the Internet further augments this increasing population of survivalists and preppers. With more and more prepper-related websites, blogs, and podcasts becoming accessible, the availability of information is unprecedented in the history of preppers. This availability of knowledge allows beginning preppers to become proficient and prepared within a short period. It also serves to demystify preparedness further, increasing society’s acceptance. In turn, this further increases the number of people willing to identify themselves as preppers.

The willingness for people to identify as survivalists and preppers is creating a widening definition of what it means to prepare. Some preppers consider a few days of food and a family emergency plan to be an adequate amount of preparedness. Others, however, desire to have a fallback location ready in the event they need to evacuate their family. Regardless of the desired amount of preparedness, there is one constant. That constant is that, as always, any readiness is better than no preparation.

Additional Information and Resources on the History of Prepping:

Famine and Survival in America: Amazon.com 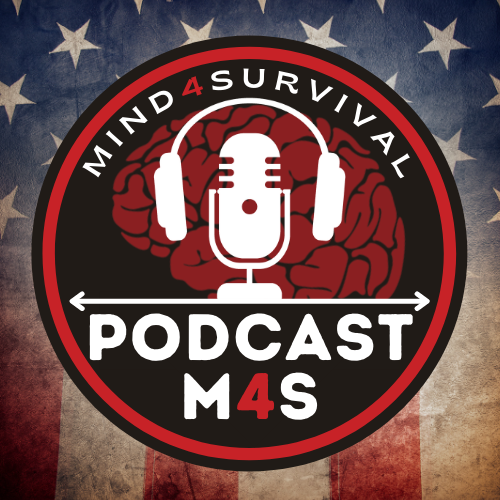 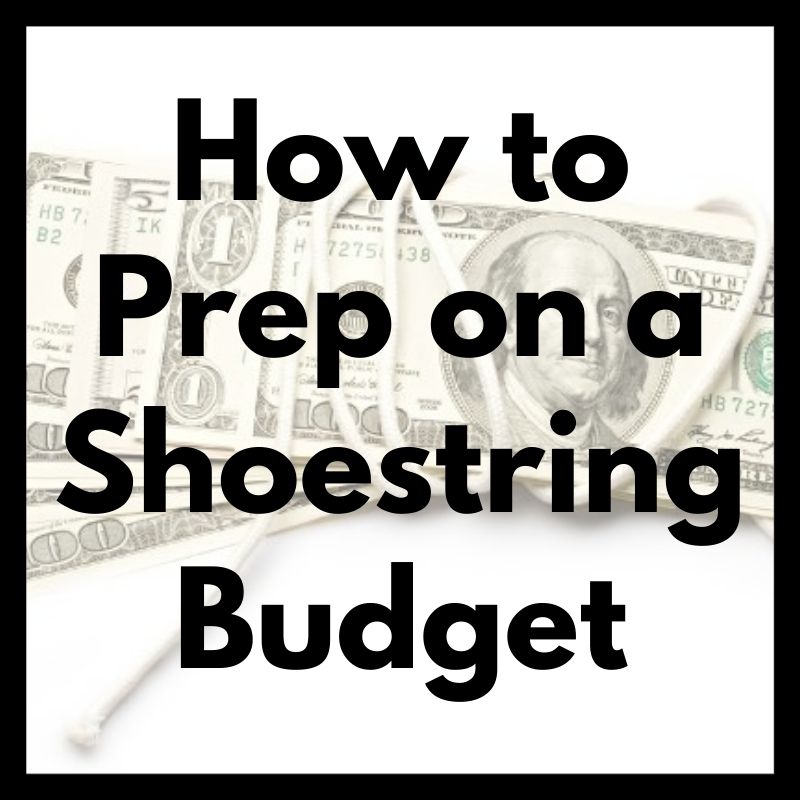 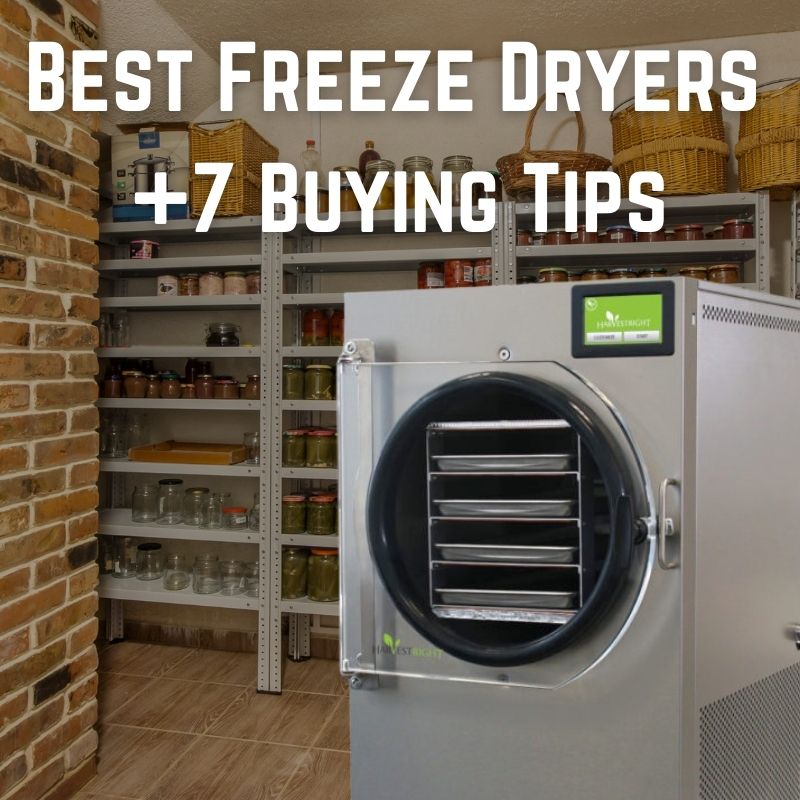 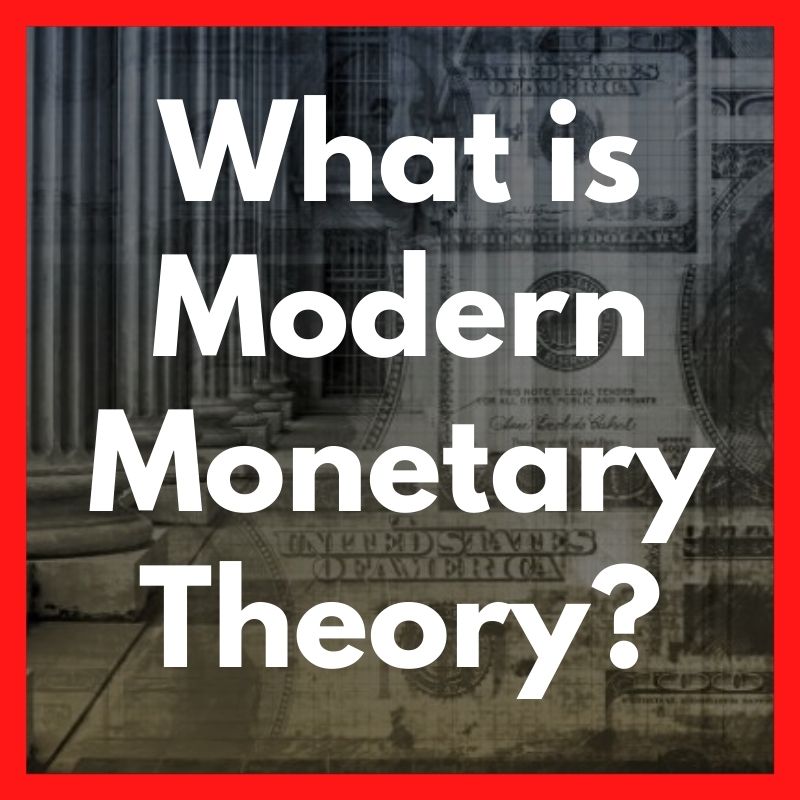 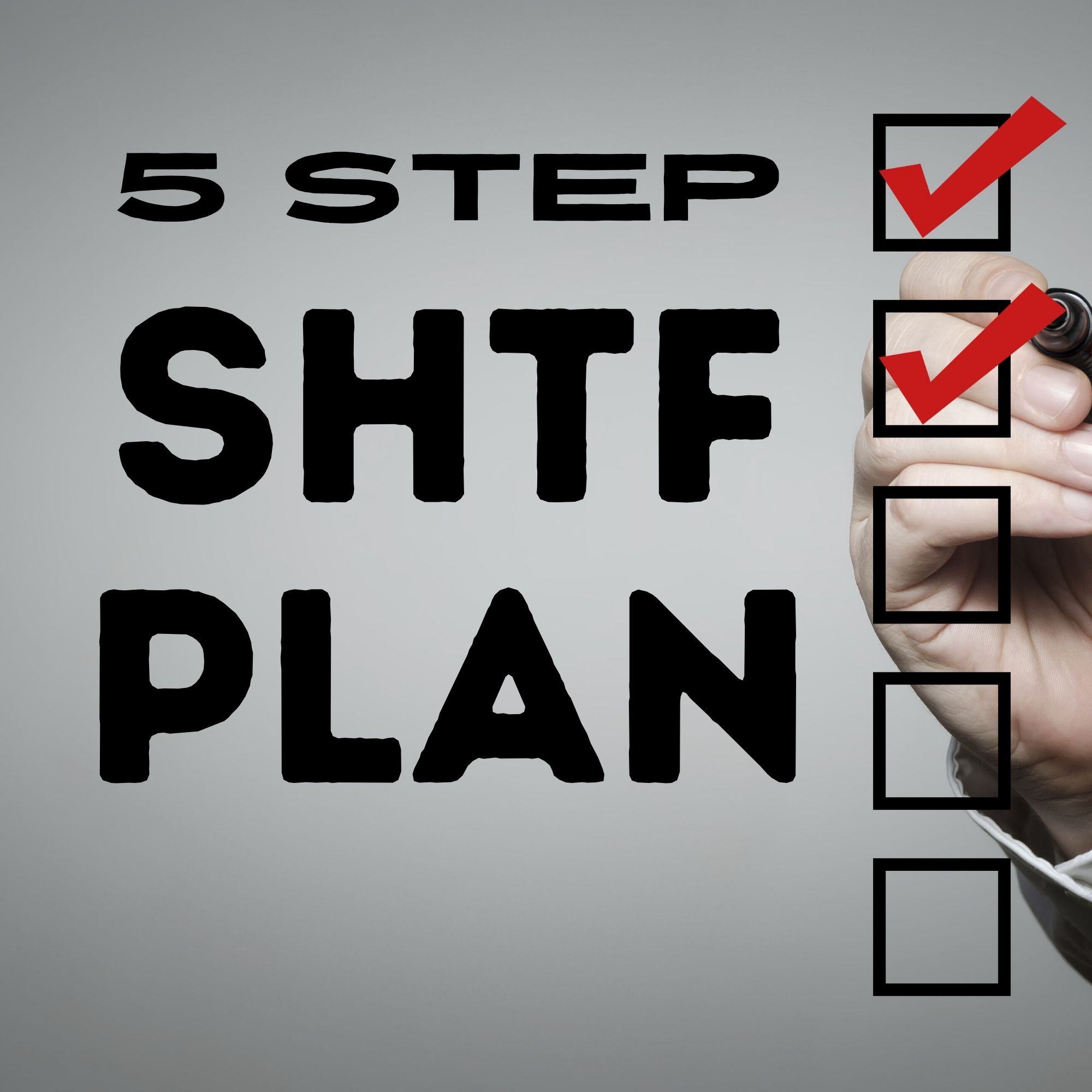 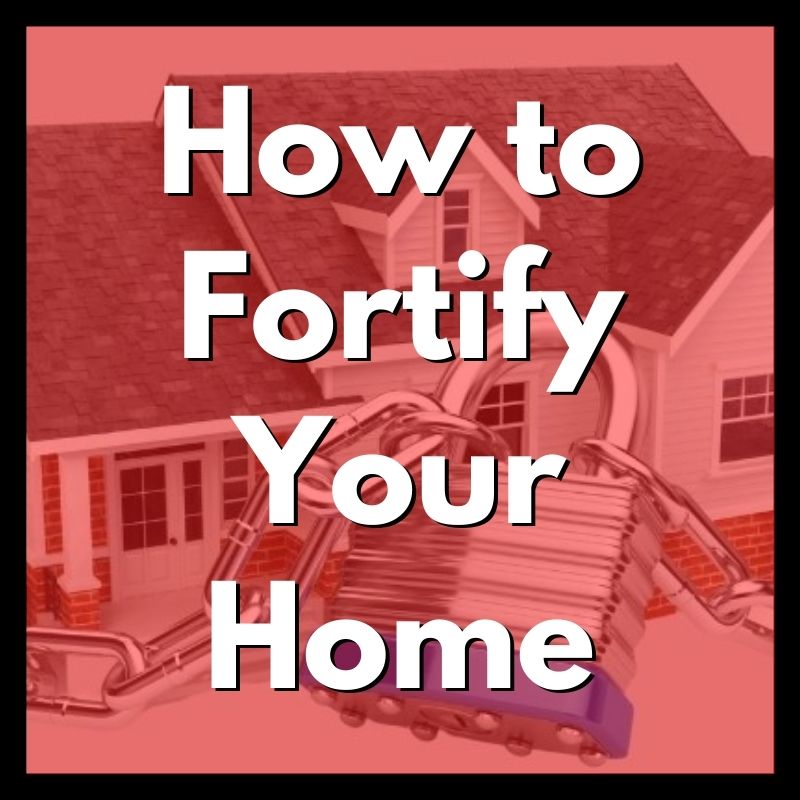 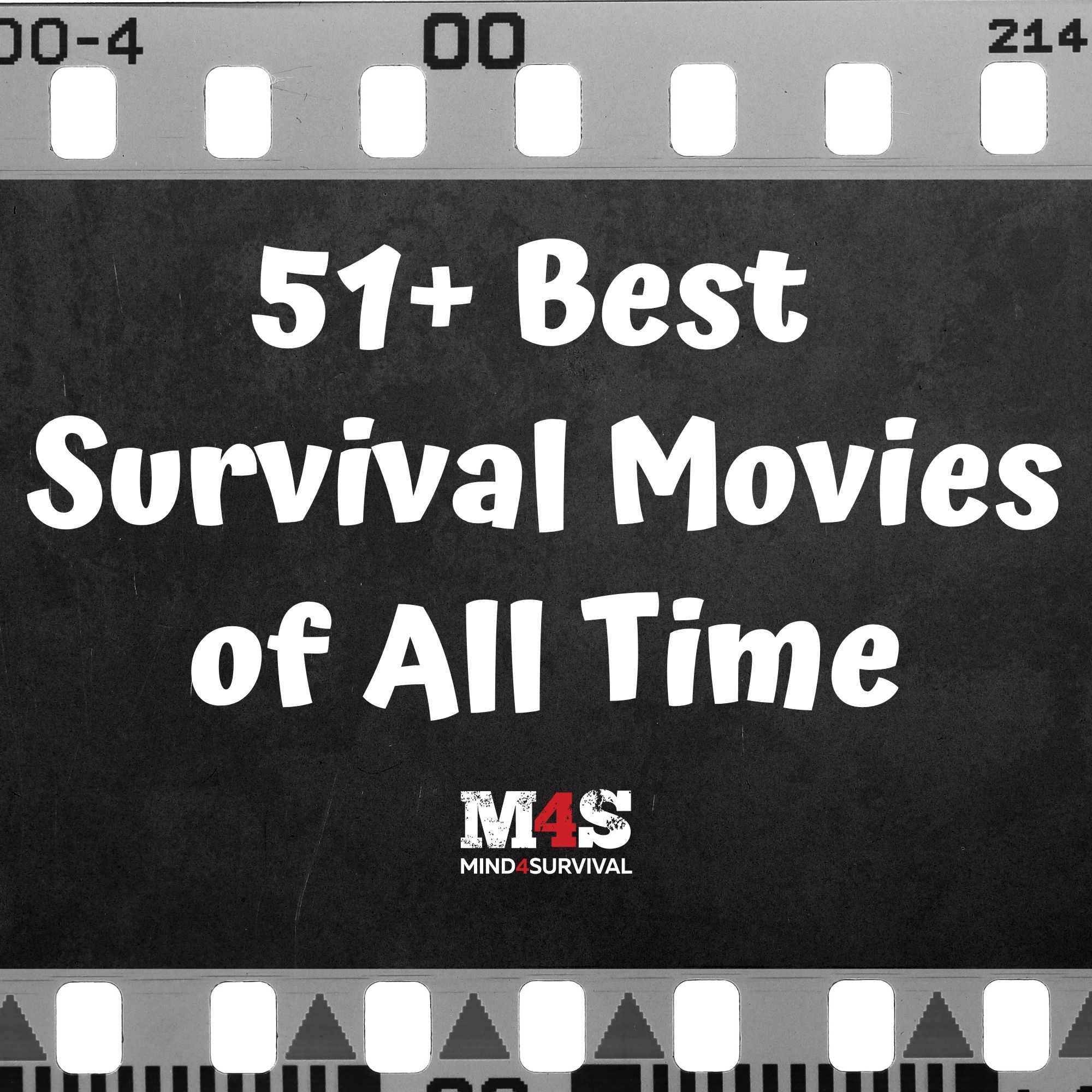