Home » M4S 032: Are You Making These Common Prepping Mistakes?

M4S 032: Are You Making These Common Prepping Mistakes? 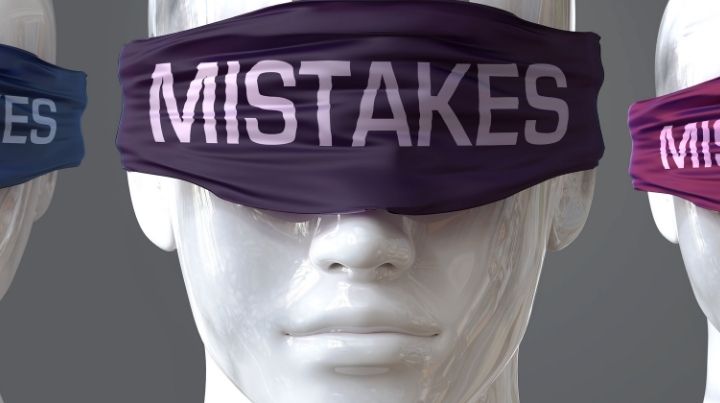 And, of course, the best way to avoid these prepping mistakes is to know what they are!

In this episode on the prepping mistakes to avoid

So what are the top five prepping mistakes?

Let’s look at each of these a little more closely.

The Dunning-Kruger effect occurs when someone thinks they are better at something than they are. For example, in spite of being old, broken, inexperienced, some folks think they are better than most at a certain skill. Think about the guy who was the star of the high school football team – 35 years ago. He no longer works out and hasn’t in years, but he still thinks of himself as that elite athlete. He has an evacuation plan that requires a high level of fitness, and he’s confident he’ll have no problem enacting it. If it was go-time and he needed to bug out on foot across 25 miles of rough terrain, rucking that heavy pack with 80 pounds of his “necessities,” he’d get a reality check FAST.

It can also be mental – when clueless people are convinced they know more about a topic than they really do.  You often see this with people who are heavy on theory – they’ve read all the post-apocalyptic fiction books out there – but light on experience. Yet they try to argue with people who have actually been through an SHTF event, telling them, “That’s not how it’s going to happen.”

Their misjudgment of the situation can be one of the most deadly prepping mistakes you can make.

This applies to the person who talks about preparedness and considers himself a prepper but doesn’t take any actions.  They know what should go in their bug-out bag, but they haven’t packed one. They don’t complete family emergency plans with their loved ones. Their bug-out plans are too general to even be called plans, and they haven’t properly inventoried and created workable bug-in plans, etc.

Often these people who make these prepping mistakes will be the first to advise others on precisely what steps to take, yet they don’t take those steps themselves.

This happens when a person hyper-focuses on only one aspect of preparedness.

For example, maybe they have a huge arsenal but no food. Or, they have a ton of food but no water or medical supplies. They haven’t balanced their pillars of preparedness and could discover to their dismay that they are woefully underprepared in some vital area.

Monofocus can also apply to people who consider only one possible scenario happening. Instead of basing their preparedness broadly, they’re certain that a specific event is the one that they need to prepare for, and they don’t consider the other possibilities. One person may be convinced that an EMP is going to take down civilization, while another person may think that a financial collapse will be the ruin of the world. Meanwhile, they haven’t really stopped to consider the disasters that are far more likely, such as a tornado, a blizzard, a job loss, or an earthquake.

They have single-mindedly focused all their preparations on only one possible disaster and will be very likely to find themselves underprepared for other scenarios.

We all know preppers who have tons of gear still sitting neatly in the box that it’s shipping box? Buying gear and equipment and never using it is another of those prepping mistakes that can wreak havoc when you need that gear the most. You don’t want to wait until the power is down to discover that handy piece of gear you purchased requires a battery that you don’t have. You don’t want to try starting a fire with a special firestarter that is specifically for bad weather while you’re wet and shivering if you’ve never used that firestarter before, or try to read the instructions to use a specialty slingshot to defend yourself in the heat of the moment.

A lot of these things take practice and specialized techniques. Don’t wait until an emergency is imminent to test your gear and your skills.

Make a Plan and Test It!

This doesn’t just apply to people who buy gear and equipment but never use it. It also includes people who make plans but never practice or rehearse them to see how the plans can be improved. It may seem like a great idea to bug out down a fire road.

However, if you don’t have heavy-duty bolt cutters, you won’t be able to get through that gate you didn’t realize was locked. You might spend a fortune on dried beans and rice without realizing how much fuel it takes to cook it. It’s one thing if you’re heating your house with a wood stove, you have a hefty woodpile, and your disaster strikes in the middle of winter. But what will you do with all the beans and rice if you have only an electric stove, it’s the middle of summer, and you don’t have two hours’ worth of fuel to burn to cook that pot of beans outside? If that’s all you’ve got when an emergency strikes, you’ll be in a bad situation – all because you never tested it out.

5.) Bugged About Bugging Out

Some people believe they will have to bug out and leave their homes regardless of the situation. Others say that no-way, no-how are they leaving their homes. They’re hunkering down, and that’s the end of the discussion.

This is similar to the mistake of Mono Focus. People who make this mistake are often short-sighted and less flexible. There are such a wide variety of disasters that a wide variety of potential responses is essential.  Regardless of your first choice, it’s worthwhile to consider other options. If there’s a wildfire or a deadly chemical spill at a nearby plant, bugging out may be the only choice. At the same time, if a blizzard is heading your way and you have a secondary heat source, plenty of food, and something to do, there’s no reason to pack up the family and try to outrun the snowstorm.

The Bottom Line of Prepping Mistakes

The bottom line of prepping mistakes is that we all make them. We will make mistakes because the gravity and emotion of a situation will suck us in. Other times we make them because, as humans, we are all fallible. Because mistakes are inevitable, it’s important that we offer ourselves grace when we make them.

It’s also crucial to recognize that the key to success as a prepper is owning our mistakes. Once we own our prepping mistakes, we’re then able to work towards not making those same mistakes again. Over time, as we go through the cycle of making mistakes and working not to repeat them, we’ll eventually become more precise and successful with our preparedness.

Finally, our hard work to avoid prepping mistakes will lead to more safe, confident, and self-reliant lives for ourselves and our loved ones. And my friends, it doesn’t get any better than that!

Now, it’s time to hear from you! Leave a comment below telling us what prepping mistakes make you shake your head?