Home » How to Help Non-Preppers to Prepare

How to Help Non-Preppers to Prepare 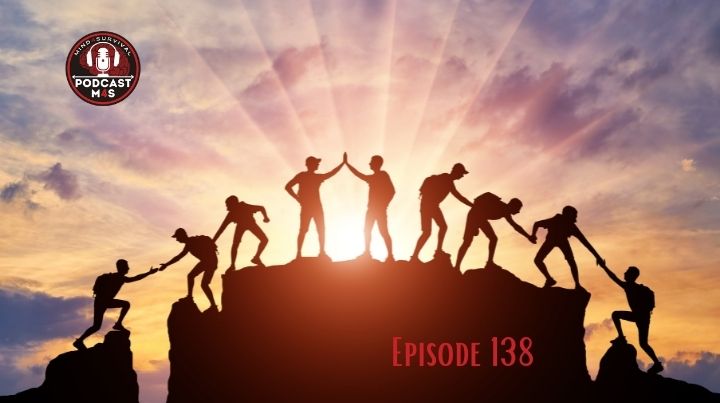 How you ever wondered what you can do about helping non-preppers  to prepare? We are living in unprecedented times. We are watching events unfold, both small and large. We should do anything we can to pick up our attitudes and make sure we feel more confident and safe.

Many of us have folks in our lives that we would like to know are prepared for disasters. Even though we have talked to them many times, they blow it off or give excuses for not being prepared. In this episode, Brian talks about the types of preparedness, types of disasters, objections to prepping, and how this all relates to current events.

If you are an experienced prepper, this podcast episode may just serve as a reminder of why you prepare. If you’re new to prepping, this episode will give you insight into why you should consider becoming more prepared.

The first thing we need to understand is prepping itself. The definition of preparedness is: All the efforts taken to minimize unwanted struggle and ensure your survival.

Merely surviving is done naturally. Our bodies do that for us every day. It’s the very base reason for being prepared.

Reducing the number of bad things that happen in our lives can sometimes be accomplished by being prepared for them.

If we survive, we’re living, and if we minimize the struggle, we add to living our best lives. We prepare so that the struggles don’t lead our lives for us.

Prepping for Micro and Macro Disasters

There are different types of disasters we may face, and we need to prepare for- micro and macro disasters.

How Can I Know When I’ve Prepared Enough?

Who defines how much is enough? You do. Each individual prepper determines when they have prepared enough. Some may only need a CPR and first aid course to feel prepared. Others may need a fully stocked bunker.

You may hear various reasons and objections to prepping. However, there are a few that are common.

Let’s look at some current events.

Times are very uncertain right now. Seemingly separate events are building, but they’re all tied into one another and have a domino effect.

Inflation is here. Food shortages have been going on already for a few years. We can all see bare shelves in the stores and hear about baby formula shortages. We see increased crime every day. Just this past week, we witnessed the Uvalde tragedy.

In a clip of Cecilia Rouse, the Chair of the Council of Economic Advisers, she states, “Most household balance sheets are strong and can provide some cushion for rising prices.” She does not acknowledge there is a problem that people across the United States are feeling. (source)

What Caused This Inflation?

Jerome Powell, Chairman of the Federal Reserve, was interviewed by CBS.

Why is that important? They can print money anytime they want. And the injection of money into the economy causes inflation. In order to reduce inflation, money has to be removed from the system. This is done through taxes. Inflation is a tax on the people. Inflation reduces the spending power of the money you have earned. 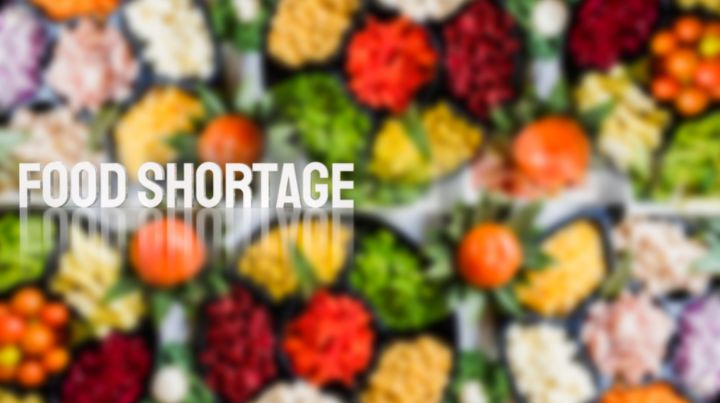 John Boyd, President and Founder of the National Black Farmers Association, was asked about the food shortages in a Fox News interview by Leland Vittert. “We’re in a crisis right now in America as far as the food chain goes and what’s going on with the American farmer in this country.” “America needs to pay attention to what’s going on to farmers. You may not need a doctor or a lawyer or someone like that but you need a farmer every day.”

Some farmers can’t afford to farm right now. Those that do are passing the costs on to us, on top of the rising costs of delivering the food. India has stopped shipping wheat. Ukraine and Russia were big wheat producers and shippers. Indonesia has tightened up exports. Countries worldwide are having food problems and are no longer exporting.

Inflation is also hitting the school budgets across America. A story by Scott McFarland on CBS Morning shares the results of a new nationwide survey of school districts. It reveals that 97% of meal programs reported challenges with higher costs, while 98% acknowledged problems getting some menu items, supplies, and ingredients.

Illinois Democrat Mike Quigley, in an address to House Speaker Nancy Pelosi, reminded her that Ukraine is known as the breadbasket of Europe. They are the 7th largest producer of wheat and the 5th largest producer of corn in the world. But Russia has mined Ukraine’s Black Sea ports. As a result, 30  million tons of grain are stuck in the ports. The United Nations World Food Programme has warned that 400 million people may be at the risk of starvation.

In an interview with Fox’s Stuart Varney, General Jack Keane states, “We know for a fact that millions are going to die as a result of these food shortages.” He believes we must put together an international coalition of warships to go to the port of Odessa and bring the cargo ships out.

Both sides of the political aisle are coming out and saying there will be global food shortages. Why is it important to be a prepper right now? Because we know there are already food shortages, it will get worse.

The Time to Prep is Now

A food crisis leads to global instability and an increased likelihood of conflict. No matter where you stand politically, when you boil it down, everyone is saying we will experience it.

Inflation, plus food shortages, equals increased crime rates. People become desperate. And criminals face the same inflation and food shortages as the rest of us.

What does all of this mean? There are people in the world who depend on you and benefit from having you in their lives. Preparedness is something we should all take seriously and all consider.