Home » The Carrington Event: The Solar Storm That Smashed the Earth

The Carrington Event: The Solar Storm That Smashed the Earth 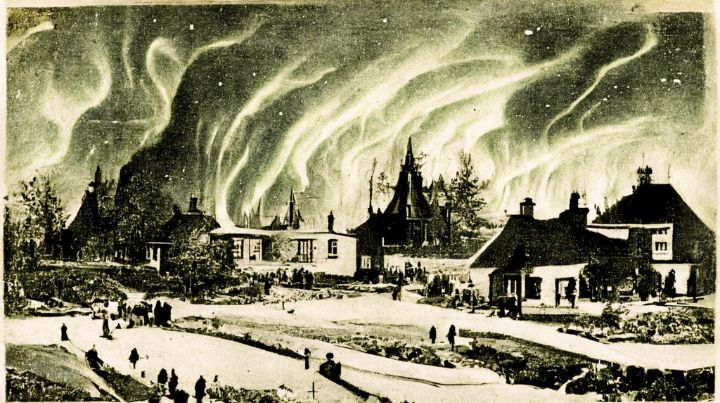 The Carrington Event was a powerful solar storm that smashed into the earth in 1859. The solar flare was so intense that as it hit the earth’s magnetic field, it caused telegraph wires to spark and turned the night sky into day.

Carrington’s solar flare is but one large solar storm in a long line of potentially devastating space weather that has the potential to blast modern society back to 1859.

Should you be worried? Should you be prepared? This article covers the what, why, and how of Richard Carrington’s great geomagnetic storm and what it means for our future.

What Was the Carrington Event?

The date is September 1, 1859, and a 33-year-old brewery owner with an interest in astronomy is sketching sunspots in his notebook. The man’s name is Richard Carrington, and though he doesn’t know it yet, he’s about to make the history books. 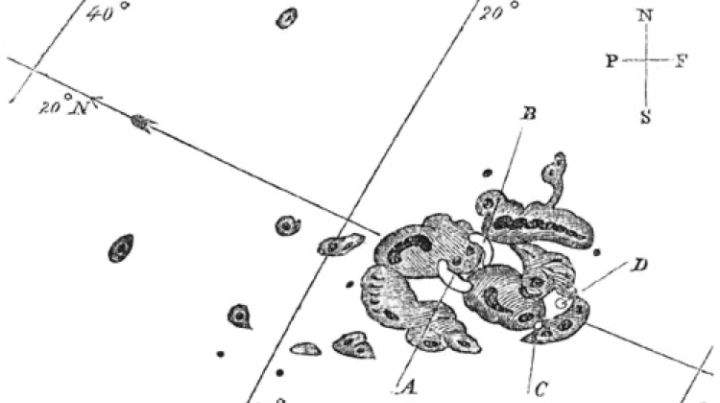 At 11:18 that morning, Carrington is blinded by a massive blast of light that has just come from the sun. Confused, he wonders what on earth it is that he has just witnessed. But it’s not until the morrow that he will begin to realize the earthly consequences of what the sun has just done to his planet.

The huge solar storm of The Carrington Event was on its way.

In the middle of that night, the sky lights up so bright, that both man and fauna are tricked. In South Carolina, people begin to wake up to go to work before they realize that it is still the middle of the night. Songbirds begin to greet the night with their melodies before they too realize that they’ve been duped. And even more ominously, some people throughout the planet begin to question if this is the beginning of the end as colorful auroras fill the skies where northern lights have never appeared before.

The very next day telegraph operators throughout the world report an inability to transmit or receive their messages. Spontaneous fires happen at these stations in multiple locations, and there are reports of numerous telegraph operators being electrocuted.

Though they do not know it, this generation has just lived through a historic event. They have lived through The Carrington Event, also known as the “Great Auroral Storm.” (Source) 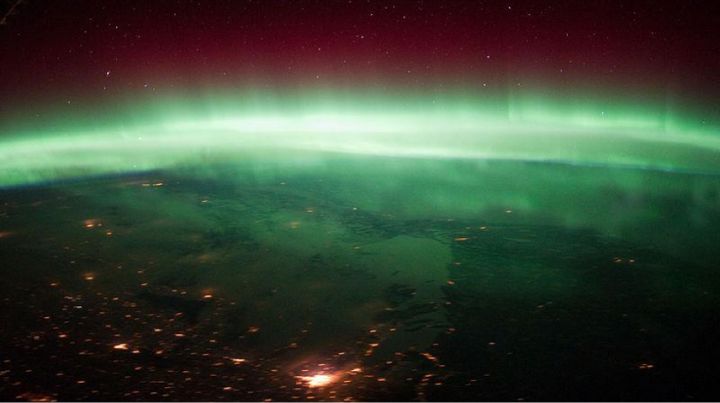 Just like the earth, the sun has magnetic fields. The sun is also filled with massive amounts of energy, however. Anybody who has a passing interest in ham radio is likely familiar with the term “sun spots.” These are dark regions on the surface of the sun that people are able to ricochet radio signals off of.

What many people don’t realize, though, is that sometimes these sunspots decide to shoot back.

These sunspots are created when magnetic fields under the surface of the sun combine and get all twisted and tangled together, much like headphones that have been briefly placed inside your jeans’ pocket.

Unlike those headphones, most of the time these sunspots can “untangle” themselves, resulting in nothing happening. But sometimes, they can’t, and when this is the case, the sunspot “explodes,” shooting out a burst of energy from the surface of the sun.

The name for this explosion? 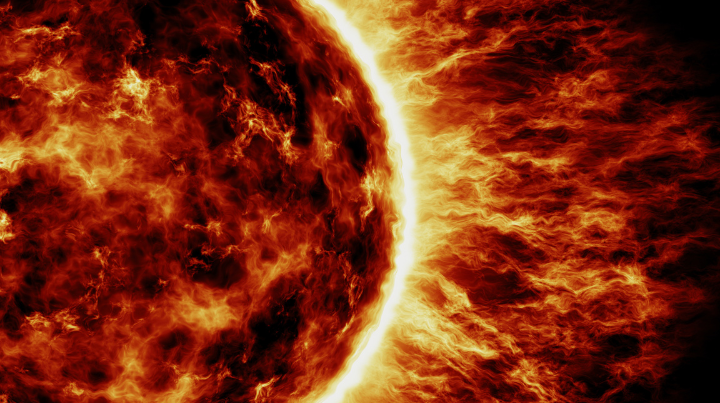 An Infrequent Problem with Massive Consequences

Again, typically, this isn’t anything to worry about. Coronal ejections happen on the surface of the sun every day, and virtually all of them are either too little to cause any damage to mankind or aren’t aimed at Earth.

But The Carrington Event proved that sometimes the perfect solar storm is created, and it can cause some terrific problems.

When a huge geomagnetic storm is large enough to potentially hit the earth and cause damage it is known as a coronal mass ejection, or CME. The Carrington Event was the largest one in recorded history. But here’s the problem: we know that this wasn’t a one-time event. It was no fluke. Another 1859 Carrington Event level solar storm is entirely possible.

Modern Society and The Carrington Event

The difference? Next time, it won’t just be telegraph stations in an 1800s world that will be impacted by a massive solar flare. Next time, it will be a modern society that loses its electricity.

It’s currently estimated that a Carrington event-sized solar storm takes place once every 500 years. But what about the smaller storms that impact our planet? Well, they happen much more frequently.

Just a few decades after the Carrington Event, in May 1921, the Earth was once more hit by a CME. Once more, northern hemisphere telegraph stations were destroyed, but this time, train control arrays burst into flames as well. Then, in 1989, another CME hit the earth, this time plunging Quebec into darkness for hours.

It’s estimated that CMEs with half the power of the 1859 Carrington Event occur every 50 years. If that indeed is the case, then how long is it until we get hit with another similar event?

The problem is that we now live in a world where mankind is largely dependent on electricity. If the electricity goes out in 1800s America, nobody will really suffer. But consider should the same happen in modern day? What happens to the healthcare industry? How about agriculture? What happens to logistics, to fuel, to communications, to electricity-dependent nuclear reactors? 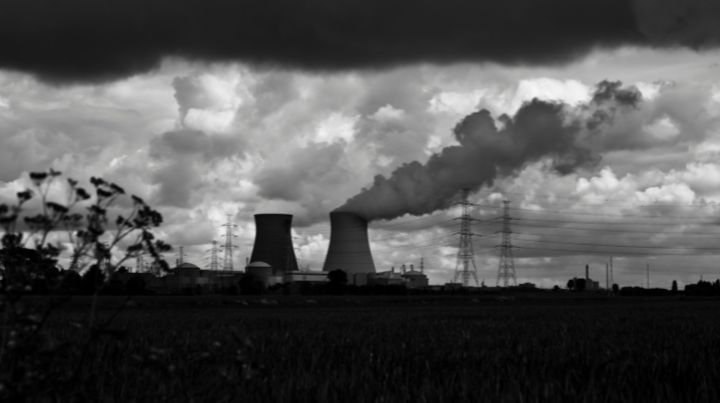 Transformers, the backbone of the electrical grid, would be fried. And should that happen, everything that depends on those transformers would be rendered inoperable.

When we consider the 700+ people that died in the Texas power outage during the winter of 2020, it’s not difficult to see how this could result in wide scale death, on an exponentially larger scale. Unless one was capable of living like an 1800s American, they would be in for a world of hurt.

Is the Clock Ticking?

In a sense, yes. We know that the sun’s polarity flips every 11 years. When this happens, the current theory is that magnetic bands are formed at each of the sun’s poles, migrating their way towards the sun’s equator. When they crash into each other, they typically are neutralized.

But if one of the magnetic bands happens to “live” longer than the other, and is then hit with yet another band with the appropriate polarity, a CME could very well be the end result.

As of right now, 2025 is when we are going to see the next high point, often referred to as the Solar Maximum, in this cycle of the sun. We do have something of a game plan, however. 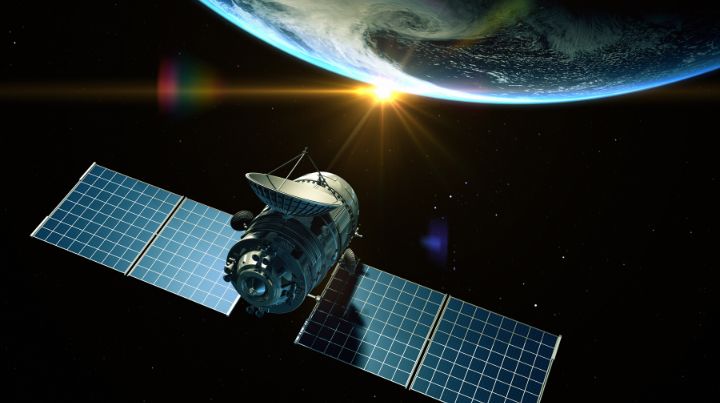 Floating amongst the heavens, this space weather observatory is supposed to give mankind an early warning should a CME be detected. The hope is that it will give us an hour’s notice when CME solar storms are on the way.

Theoretically, this should give the majority of the passenger jets in the sky enough time to be able to land and allow those on the ground to quickly take protective action for their electronics (e.g., throwing essential gear into faraday cages).

But then again, an hour is our best hope. It’s very possible that we’ll only get 15 minutes’ worth of warning before the solar storm crashes into the earth’s magnetic field. It just depends upon the speed of the solar storm. And for that? Well, much about the study of space weather is still a guess.

Is It a Hopeless Case?

Nope. It’s not. There is virtually always something that you can do to minimize your risk of a negative consequence, even in the face of the biggest solar storm. In this case of solar storms? Make sure that you have backups to your essential electronics, and keep those backups stored in a faraday cage.

Know how to grow and preserve your own food. Find alternatives to your power needs. Build your own resiliency.

In short, become proficient in all of the “prepper things” that we advocate for here at Mind4Survival on a regular basis.

If you do that, you’ll have done everything that you can do and will have given yourself a massive step up over the rest of the world for when the next 1859 Carrington Event hits the planet. Because while the sun may turn out the lights, living a life of preparedness is still a bright idea.