The World’s 7 Deadliest Examples of Disasters 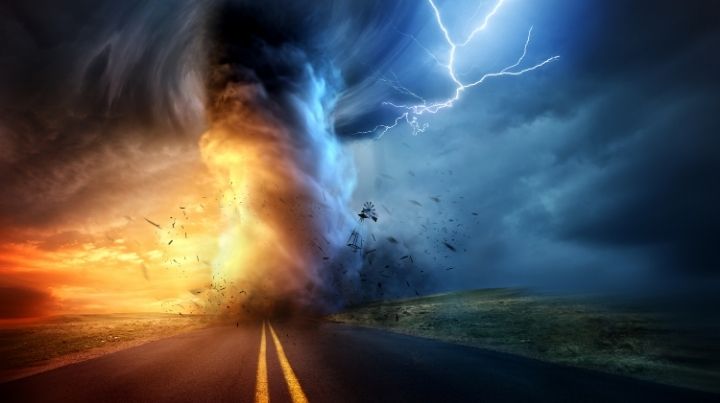 Either by accident or by the whim of Mother Nature, human history is filled with examples of disasters.

These are the 7 deadliest examples of disasters in the world.

Within the history of the worst disasters, seven stand out as the world’s deadliest catastrophes. While these events were tragic and horrible for all involved, there are many lessons that preppers can learn from them.

On January 10, 2010, a severe 7.0 magnitude earthquake struck Haiti. Its epicenter was 25 miles west of the capital Port-Au-Prince. Following the initial earthquake, 59 aftershocks were eventually recorded.

The quakes led to more than 150,000 deaths and destroyed over 250,000 homes and 30,000 businesses. Outside of the deaths that were occurred initially caused by structures collapsing, many people got sick and died because of a lack of clean water and sanitation. This should reinforce the massive importance of long-term water storage and water purification.

In another example of disasters, the deadliest aviation accident that ever happened occurred at Tenerife North Airport in the Canary Islands. On March 27, 1977, a bomb detonated at Gran Canaria Airport. There was a suspicion that a second device had yet to explode. Because of the possibility of a second bomb, authorities rerouted some Gran Canaria bound aircraft to Tenerife North Airport.

Unfortunately, Tenerife North Airport was not designed to handle so many planes. Because of limited space and a large number of planes, many aircraft parked on and blocked taxiways. This forced planes to both taxi and take off on the airport’s only runway, a problem compounded by dense fog. This issue resulted in tragedy when two Boeing 747s, traveling towards one another, collided, killing 583 passengers.

The prepper takeaway from this is that a horrific accident could have been avoided if communications had been clear.  After it occurred, the airline industry standardized phraseology in all radio communications.

The first Indian Ocean cyclone of 2008 was Cyclone Nargis. After forming, it made landfall in Myanmar on May 2, 2008. As Nargis came ashore, its storm surge pushed 25 miles up the Irrawaddy delta, flooding the region. This flooding ravaged the area’s towns and population, killing over 135,000 and causing $10 billion in damages.

In this case, the secondary disaster was the most lethal, something discussed in this article.

You have probably already read about it in your history books; however, you may not know the specifics. When looking at pandemics as an example of disasters, The Black Death was the one that swept across Europe in the mid-1300s, lasting seven years. It is estimated to have killed up to 200 million people, reducing Europe’s population by upwards of 60%, making it the deadliest pandemic in recorded history.

Another way to think about the Black Death is to do so in a modern context. That’s almost 2/3 of the population of the United States today. Yeah, 2 out of every 3 Americans. It’s a mind-boggling number.

If nothing else, the Black Death should remind us how deadly pandemics can become and should encourage us to increase our pandemic preparedness.

The Mount Pelée eruption is the greatest volcano disaster of the 20th century. The volcano, located in the Caribbean on the island of Martinique, erupted on May 8, 1902. The eruption killed 30,000 people and destroyed the city of Saint-Pierre.

I wrote more about volcanic eruptions in this article. In surviving a volcanic eruption, situational awareness is key. It’s far better to evacuate ahead of time because you can’t outrun lava, and geologists nearly always note the warning signs when a volcano is about to erupt. (Nearly.). It’s important to understand the geology of the area where you are so that you know if you’re near a risky area.

On December 26, 2004, an earthquake occurred off the coast of Indonesia. The quake measured over nine on the Richter scale and triggered massive tsunamis. Most of the deaths from this disaster occurred from the subsequent tsunamis.

The tsunamis traveled through the Indian Ocean and eventually devastated 14 countries. Of the nearly 230,000 dead, over 130,000 occurred in Indonesia alone. The death toll caused this earthquake to be one of the ten deadliest, and the tsunami to be the deadliest in world history.

After this horrific disaster, the world became much better prepared in predicting and warning people in coastal areas about possible tsunamis. There are two major warning signs to suggest a tsunami could be imminent, according to the preparedness website of the Canadian government.

If you receive an alert about a possible tsunami headed your way or notice one of the signs above, seek higher ground immediately. Tsunamis can travel up to 500 miles per hour and can cross entire oceans in a single day. By the time you actually see the tsunami, you may not be able to escape unless you’re already on high ground.

Anyone who lives or vacations near the coast should familiarize themselves with tsunami evacuation routes.

The deadliest example of disasters in the United States was the Galveston Hurricane, which occurred in 1900. Also known regionally as The Great Storm, the Galveston hurricane is responsible for the deaths of between 6,000 to 12,000 people. In addition to the deaths, the hurricane also left 30,000 people homeless. As a result of the hurricane, investors who paid into Galveston’s boom times redirected their investments to the city of Houston, forever changing Texas.

Now, those who live in hurricane zones can look back and study this disaster. Many of the deaths came from the storm surge rather than the winds. If you live in an area where a surge of water is likely, I strongly suggest that you evacuate. Learn more about hurricane preparedness here.

The Bottom Line on Examples of Disasters

Human history is full of examples of disasters, both natural and human-initiated. Despite our best efforts, predicting certain disasters with any certainty is a thing of science fiction. Disasters often strike with little to no warning, unleashing devastating consequences.

So, while science improves methods to predict disasters, the safest bet to overcome future disasters is to prepare now. By preparing in advance, you give you and your family the best opportunity to survive where they may have otherwise perished. Ultimately, it’s up to you. Do you want to be the victim or the survivor?

Have you ever experienced a major disaster? Did you learn anything during that disaster that changed the way you think or prepare? Do you live in an area prone to a certain type of disaster? Share your thoughts in the comments below.