Home » What is Modern Monetary Theory

What is Modern Monetary Theory 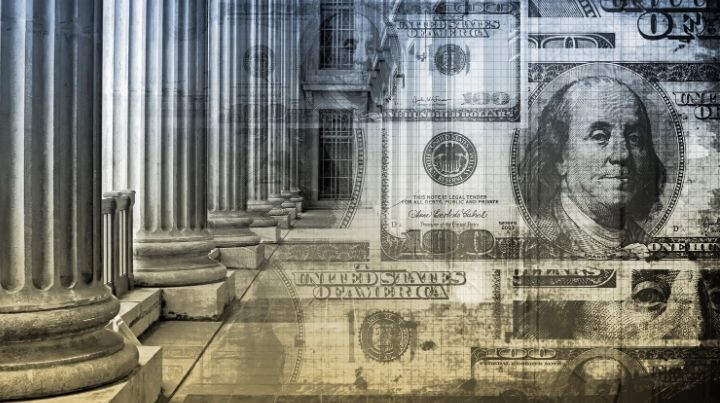 Many people are asking, “What is Modern Monetary Theory?”

In short, Modern Monetary Theory (MMT) is the most recent effort by our elected representatives to explain away and justify their reprehensible and destructive fiscal policies.

Overview of What is Modern Monetary Theory

When attempting to explain its reservations with Modern Monetary Theory, the understandably slanted In Defence of Marxism writes:

“…MMT might as easily stand for ‘magic money tree’. That, after all, is what this theory promises: a way of funding everything we want, and more, without having to worry about the hassle of taxation or – more importantly – class struggle.”

Think about it from the government’s perspective. Want to send millions of dollars of aid to a country that pisses down our back? No worries, punch some dollar signs into a computer, and the assistance is on the way.

Want to bail out California? No sweat! Fire up the printing presses, hit send, and let the MMT economics run wild.

The Pillars of What is Modern Monetary Theory

The foundation of the what is Modern Monetary Theory rests on three primary pillars.

The first pillar states that our government can never run out of money because it can create and issue its own fiat currency. Therefore, whenever the government wants money, it snaps its fingers, pushes a button, and presto, it has more money.

The second pillar of MMT economics proposes that deficit spending will not lead to inflation as long as We the People continue to work, produce, and feed the economy. If this sounds odd to people in the supposedly free world, it should. That’s because nowhere does MMT appear to have concern for “life, liberty, and the pursuit of happiness.” Instead, MMT appears to view workers as mere tools to work, toil, sweat, and grind on behalf of the government. If that sounds like communism, perhaps there’s a reason.

The first problem of Modern Monetary Theory is that MMT promotes deficit spending and inflation as NOT something to be concerned with before spending.

Instead, those who support MMT believe that deficits are not a problem until they become an issue well after spending the money. When deficits and inflation become a problem, the MMT solution is to tax We the People to reign it in.

The next problem with MMT is that the theory proposes that raising taxes helps promote economic growth because doing so allows the government to remove money from circulation.

Yes, that’s right. When you hear MMT supporters talk about extracting money from circulation, a large percentage of that money will come out of the taxpayers’ wallets.

In other words, rather than operating on a responsible budget that balances the government’s income and expenses, MMT believes that any government-created deficits can be corrected by increasing taxes after the fact.

This Modern Monetary Theory belief begs a simple and somewhat rhetorical question. When working to offset its out-of-control MMT-based spending, whose tax dollars provide the after-the-fact solution to the government-generated deficit?

It’s our tax dollars, the tax dollars of We the People, that MMT economics proposes must be increased to offset the government’s unaccountable spending.

That’s right! MMT discourages the government from balancing the budget and behaving financially responsible BEFORE spending money. Instead, Modern Monetary Theory dictates that the government spend first and force We the People to bail it out second.

How would that thought and spending process work for you?

So, what does Modern Monetary Theory mean for you and the rest of We the People?

First, Modern Monetary Theory is, in my opinion, garbage. MMT attempts to create a rational explanation for past, present, and future unfettered government spending. Moreover, MMT economics is a concerted effort to justify tax increases.

The fact is that the United States has not operated from a set budget since 2006. Instead, our government works off of continuing resolutions and the threats of government shutdowns.

The sad reality is that our government is already operating on the magic money tree theory. Even worse, the government has been working that way for years.

Therefore, it only goes to reason that the supporters of runaway deficit spending would create a theory to give credence to their out-of-control ways.

The answer to what is Modern Monetary Theory is simple. MMT is a nonsense economic philosophy designed to justify and encourage out-of-control government spending.

MMT is a theory that blatantly takes money from We the People and uses that money as a slush fund for our politicians to line the pockets of the elite and powerful.

M4S 057: Convincing Someone to Be Prepared for Emergencies 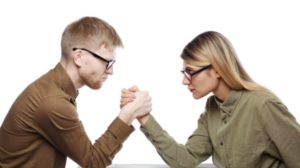 How many of you know people who are totally opposed to preparedness? Are you ...
Read More →

The History of Survivalists and Preppers 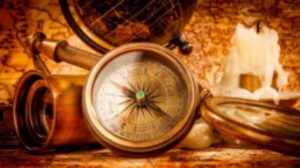 Getting ready for disasters or preparing for a time that is not abundant is ...
Read More → 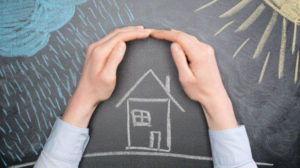 What would you say if I asked you, "What does safety third mean?" After ...
Read More →

What Is Preparedness? The Mind4Survival Philosophy

Some of the links on this website are affiliate links. This means that I may, at zero cost to you, earn a small commission if you click a link to any of the products we post on this site. Thank you for your support! tay safe! ~Brian