Home » Lessons from the Great Depression We Can Use Right Now

Lessons from the Great Depression We Can Use Right Now 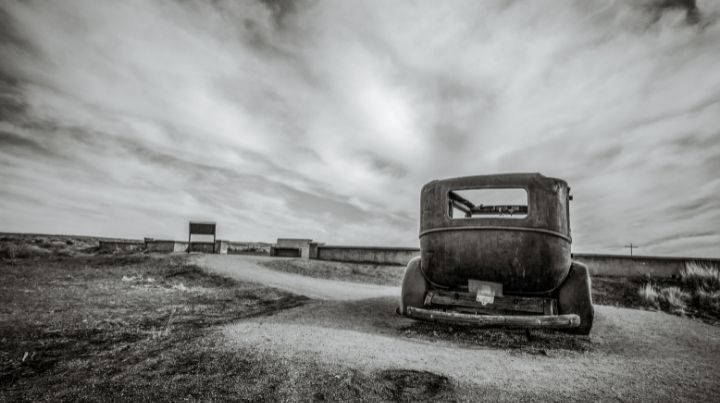 The late 1920s and early 1930s were challenging times economically for our country, and we’re starting to see similar issues today. Those who are wise learn from history, and those who do not, repeat it. Here are some lessons we can take from the Great Depression and apply them to our current situation.

A Quick Timeline of the Great Depression

First, let’s take a quick look at the timeline of the Great Depression. The interesting thing about this is that we can see some similar patterns, which can allow us to make educated predictions.

In the meantime, however, if they come up short on avoiding the next Great Depression, it’s a good idea to be ready for whatever happens. Between all of today’s issues, including  Modern Monetary Theory, we have room for concern. Here’s a video clip where I talk about even more similarities between now and the Great Depression back then.

Personal Lessons from the Great Depression

Now, there’s not a whole lot we can do to affect federal spending, misguided policies, and the economy at large. But there are many lessons from the Great Depression we can take from average folks like us who were just trying to get by. You may be able to apply some of these Depression-era hacks to your own life.

During the Great Depression, people…

Many people grew their own food too, at a minimum, supplement the food they had to purchase. There are tons of websites out there with advice on gardening in nearly any situation, whether you live in the city or the country.

Buying the foods you eat more frequently in bulk helps cut costs and helps make sure you’re better prepared with more of your go-to items on hand. Here’s an article on buying grains in bulk. Grains have a lot of caloric bang for your buck and make inexpensive fillers for your meals.

If you like burgers, watch a few YouTube videos on making whatever style of hamburger you like best. Then, give it a try. You’ll probably screw it up at first (at least I did), but after enough tries, you’ll have a great-tasting burger. And that great-tasting burger will cost a hell of a lot less than the junk they’re serving to you in a restaurant.

Compare the cost of cooking a meal at home with purchasing that same meal at an unhealthy fast-food chain restaurant. That doesn’t mean don’t go out to eat and make it a treat or special event when you go out. One of the major lessons of the Great Depression was how to extend a simple meal with inexpensive ingredients like rice or gravy.

There is nothing quite as tasty as some fresh leftovers. Personally, I may enjoy the day after Thanksgiving post-feast better than I do the Thanksgiving feed. So, if you don’t eat it on the first go-round, don’t toss it. Instead, wrap it up and put it in the fridge. Here’s an article about using up your leftovers.

Now that you’re eating in host a potluck or talk some gullible person into hosting one at their place. Also, now that you’re cooking from scratch have everyone bring a dish. There was a time when this thing called socializing was actually a thing people did.

Clothes become rags. Old pickle jars become holders for nuts and bolts. A shocking number of things that most people throw away can be reused.

Repaired What They Had

I believe most of us throw out too much stuff. We often throw things away even though everything that breaks is NOT broken. Before throwing something away, try fixing it.

Repurposed Their Broken and Outgrown Stuff

When something is broken, see if it can be used in another capacity. at the very least, the broken item that you perhaps failed to fix in Lesson #8 can be stripped of parts that could be useful elsewhere. Use some of those old spaghetti sauce jars to hold hardware. The same holds for clothes that are outgrown. When clothes no longer fit someone, and they’re not planning on dieting in 20-years to see if they can still fit in their prom dress, pass it along. Siblings, cousins, friends, and the donation places like Goodwill, can all use pre-owned clothes. Alternatively, you may be able to use the fabric from a dress for multiple purposes, unravel an unwanted sweater for a ball of yarn, and create raw materials for future projects.

Brand new can be extremely nice. However, new-to-me – buying something second-hand – can be pretty good too. Reimagining our expectations of the value of brand new vs. new to me is a great drill for everyone to practice. Buying secondhand at a reduced rate is another version of repurposing. In this case, the buyer is repurposing the seller’s goods.

If you’re not giving something you don’t need or want away to help others, consider selling it. Swap meets, online such as Facebook Marketplace, Craigslist, and eBay, are great ways to put some extra money in your pocket. If you have a LOT of stuff you don’t want, you might be able to cash in by having a yard sale.

Wore Their Clothes More Than Once Between Washings

Washing clothes beats them up. So, don’t toss your clothes in the wash just because you wore them. Instead, do a visual check to see if they are “clean enough” to wear. If you’re really worried about it, do a smell test to see if they smell “clean enough.” “Clean enough” means you don’t look too nasty or smell too offensive for the situation. In other words, don’t wash your clothes until you need to, rather than just because you wore them once.

People barely had enough money for food. They surely didn’t have money for a lot of extra things like entertainment. Hiking, picnicking, going to the public library and reading a book, taking the kids for a walk, making use of the playgrounds and playgrounds available for free at many parks for the kids…the list of things you can do for fun is nearly endless if you let go of your prior expectations of what entertainment entails.

The Great Depression lacked many things, and one of those things was credit cards. In today’s world, a financial preparedness mindset means considering limiting the use of credit.  Imagine you purchased a $5,000 item on an average credit card with a 20.28% APR. Then you made the minimum payment of 2% of the balance to pay it off. It would take you over 30 years and cost $23,399 for that $5,000 item that will probably be long forgotten before your credit card balance is paid off.

Turn Off Electrical Items When Not in Use

My grandparents and parents would bitch at me for leaving a light on, a door open, etc. They didn’t want to waste money on electricity. At the time, I rolled my eyes, but things like that can really add up. The average household has 45 lightbulbs. Leaving all those on for 24 hours costs approximately $5. (This varies widely based on where you live, what you rate is, and what kind of bulbs you have.) But the thing to remember here is that pennies add up to dollars. When you do have the lights on, use energy-efficient LED bulbs like these.

Why were depression era people so skilled at making things? Because many didn’t have the money to buy things. So, they made them. People made all sorts of things: their own furniture, clothes, soap, etc.  They became proficient at meeting their own needs.

Photos of people from the Great Depression typically show lean, somewhat fit people. Why is that?

It wasn’t just from lack of food and manual labor. It is also due to people walking a lot more. Even people who could afford a car didn’t always have the money to operate it daily. So, people walked a lot more than they do now.

The Bottom Line on Lessons from the Great Depression

While many of the things we learn from history are glaring warning signs, we can also take many positive lessons from times like the Great Depression. These lessons will help us as times continue to get tighter. One other thing to note is that the economy is often cyclical. Check out these journal entries from a guy who wrote about his life during the Great Depression. It was incredibly difficult, but eventually, things got better.

If you have any older people in your life, ask them if they have any lessons from the Great Depression they can share with you. Do you already use some Great Depression-era tricks in your household? What are they? Let’s talk about them in the comments.