Home » Whose Business Is It If People Are Preparing for Survival?

Whose Business Is It If People Are Preparing for Survival? 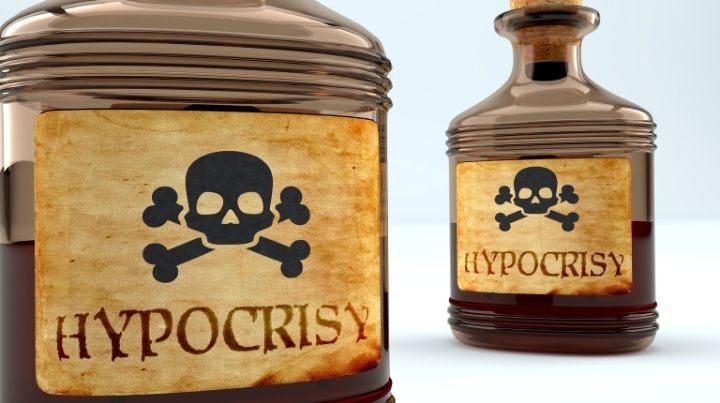 I have a question for my fellow preppers. Whose business is it if we are preparing for survival?

Are you sick of the media bashing the prepper community?

Well, I am! It was only last year that the media called preppers who had hand sanitizer, alcohol, and a couple of boxes of N95 masks “hoarders.”

Now, when it doesn’t involve preppers and applies to businesses, the media switches up hoarding with stockpiling.

I feel that no one should give two flips if someone else prepares for future uncertainties. Buying possibly life-saving items off Amazon in advance of a potential disaster is smart.

Preppers, by and large, try to help and not hurt people. Preppers prepare to be one less burden on the system when times get tough, or disaster strikes. Often, our fellow preppers prepare to help others in their time of need.

Don’t Be Hypocrites to Those Who Prepare for Survival

In the end, many agree that it’s hypocritical for people to cry for others to get vaccines and wear masks while simultaneously bashing those who are typically the most prepared.

Does our preparing for the risks we consider most valid cause any problems? So what if we want to wait for a situation to develop before making a final decision on how to do it? So what if we act as if the information we’re receiving from the powers that be may be incorrect, not yet proven, or possibly misleading?

Should We Always Trust Out of Hand? 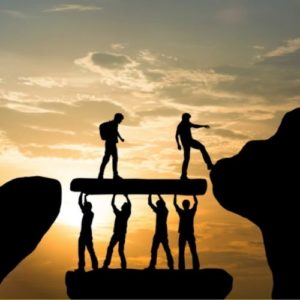 After all, it’s not like our government conducted syphilis experiments on people. Oh wait, they did.

Let’s look at the Tuskegee Experiment. Yes, the US government intentionally let 600 black men with syphilis go untreated. The government started the unethical treatment of its citizens with syphilis in the 1930s, and the Josef Mengele-esque experiments continued into the early 1970s. It can’t go without saying that there was no cure when the experiment started, and without a cure, syphilis is deadly.

Let’s be clear; people died as a result of the government’s experiments. Even worse, in some cases, the men (who had no idea they were infected) passed the disease on to others. Is that abhorrent past practice worth considering when debating what we’re being fed concerning a potentially lethal disease?

Perhaps the Tuskegee Experiment was a one-time thing. After all, everyone screws up once in a while and experiments on those who it’s supposed to protect, right?

Heck, of course, government scientists and medical professionals said “NO!” to experimenting with mind-control in the 1950s, right? I mean, they wouldn’t conduct dangerous experiments on fellow citizens, right?

Unfortunately, according to the History Channel, the U.S. governments,

“MK-Ultra “mind control” experiments generally centered around behavior modification via electro-shock therapy, hypnosis, polygraphs, radiation, and a variety of drugs, toxins, and chemicals. These experiments relied on a range of test subjects: some who freely volunteered, some who volunteered under coercion, and some who had absolutely no idea they were involved in a sweeping defense research program.”

These experiments on its own citizens are perhaps best captured in a quote from the notorious mob boss, Whitey Bulger. Whitey, who was an Mk-Ultra test subject said, he experienced,

“Total loss of appetite. Hallucinating. The room would change shape. Hours of paranoia and feeling violent. We experienced horrible periods of living nightmares and even blood coming out of the walls. Guys turning to skeletons in front of me. I saw a camera change into the head of a dog. I felt like I was going insane.”

Mind-control and mob bosses, there’s a feather in the cap of U.S. success stories.

And now, we should trust everything that comes our way from the medical establishment? After all, it’s not like any funny business has happened surrounding the origins of COVID.

Speaking of the origins of COVID, another example of our supposedly trustworthy medical establishment not acting so trustworthy is Dr. Anthony Fauci. Dr. Fauci admittedly lied to the world about masks. He lied at the worst possible time and turned a legitimate health topic into a political firestorm that is still raging today.

Of Course, Fauci Lied About Masks

I knew Fauci lied because I know a bit about masks. I know about masks because I spent years as a paramedic. As a paramedic who was around a long time before COVID was cool, I know masks protect EMS providers from tuberculosis, SARS, and various other communicable illnesses.

I know masks protected me because I’ve never caught airborne crud off a lunger when masked up. And yes, as a paramedic, I know how to fit and properly wear a mask too.

Oh, and no, I don’t go hypoxic when wearing a mask either. Notice, I didn’t say bandannas. I said masks, N95, and better masks.

Is any aspect of the Tuskegee Experiment or Mk-Ultra supposed to establish faith and trust in our nation’s medical efforts? Does it mean I don’t have trust in my government?

No, it means while I have a level of trust in my government, I question where our national influencers place themselves in relation to the common citizen. To not question the motivations of others removes a key component of any risk needs assessment.

Perhaps that’s why we preppers often find the establishment acting disparaging towards our community of stockpilers and post-apocalyptic armchair quarterbacks. After all, we, I believe logically, include the possibility that our nation’s influencers may place their needs and wants ahead of our nation and fellow citizens.

As such, preppers ask the “What if” question. What if they’re wrong? What if the information is less than accurate? How does that change the risk to my family and me? People with a high degree of goal-oriented motivation don’t like what-if’ers.

What if you’re wrong, is often heard as, “Hey buddy, you’re never going to achieve your goal, because you might be wrong!”

After all, most people don’t like to consider that they’re wrong. From the start of the terrible twos, we gradually learn to accept being wrong. Unfortunately, some never learn.

Preparing for Survival is What Preppers Do

Before going on, it’s important that we first go over the truths I presented here:

Now, here’s the question again, “Whose business is it if people want to prepare?”

I feel we can all agree that so long as our preparedness choices do not interfere with anyone else’s freedoms, it’s no one else’s business how we prepare.

Tied into that is the truth that people who preach preparedness are hypocrites when they bash people who chose to prepare in the way that makes them feel most prepared.

With that understanding, I find it repeatedly hypocritical when preppers, people within the preparedness community, believe it’s okay to ridicule others who choose to wear masks.

Is the ridicule coming because government honesty is so overflowing that preppers now have faith in what comes out of the government and medical-industrial complex? 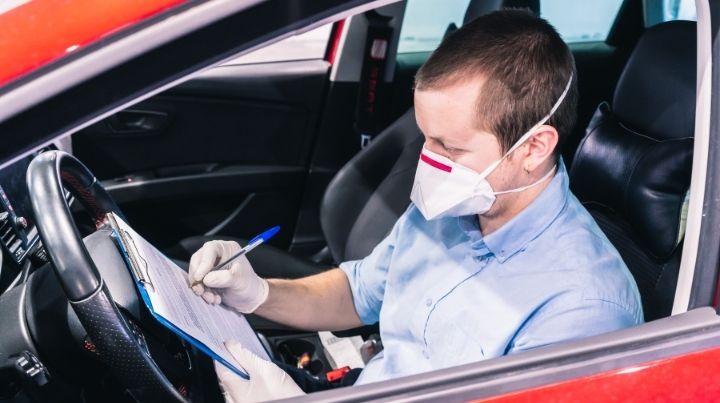 The Bottom Line of When People are Preparing for Survival

The prepping community has plenty of people attacking it from the outside. Do we really need to feed on one another over the fact that people are preparing based upon their beliefs and needs?

Don’t be a hypocrite!

Has Your Preparing for Survival Ever Come Under Fire?

Surviving minds want to know if your preparing to survive has ever come under fire. If so, what was their problem with your prepping? Was there any truth to the issues they raised? How did you handle the situation? Was the person(s) giving you grief a fellow preparedness-minded person?

Let’s discuss it in the comments. Your stories will help show others that they are not alone in their prepping challenges. Thanks in advance for sharing! 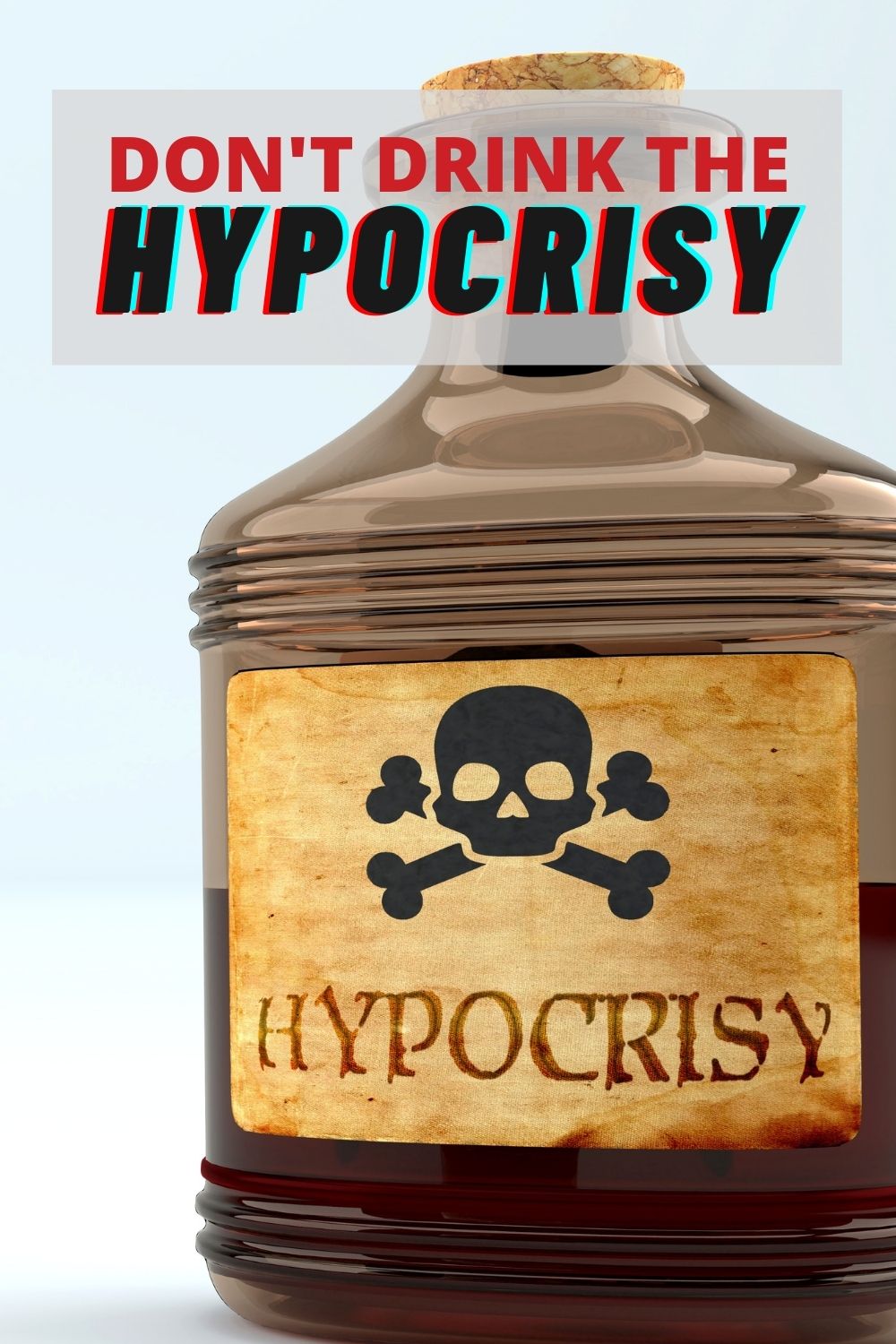