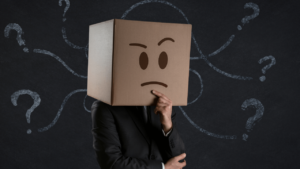 So let's talk about some stuff that does it make people feel very comfortable to talk about, and that is complex disasters.

In this episode, we talk about:

When it rains, it pours. And if we are not on our game, we won't be ready when a complex disaster happens.

What is a Complex Disaster

For example, we get hit with an earthquake while we have a supervolcano eruption or an MP when an earthquake happens. It is important to talk about this because we tend not to want to think about other disasters when we're living in the middle of one.

I look at disasters in two types:

Double hurricanes, called "proximate tropical cyclones" by meteorologists, are rare but can occur when two cyclones spring up closer to one another than normal. Also a double landfall from the same hurricane.

1906 San Francisco Earthquake. The 7.9 Magnitude earthquake hit on April 18, 1906. 3000 dead, 25,000 buildings (490 city blocks) destroyed, with 90% destroyed by fire, leaving hundreds of thousands homeless. The fire chief was killed during the initial earthquake, which hampered the response. Eventually, riots broke out.

2004 Indian Ocean Earthquake and Tsunami. 9.3 earthquake that resulted in 100' high tsunamis that killed over a quarter-million people.

When it Rains it Pours (Simultaneous and Series)

If you're running into a series of disasters, you have to get ready again. You have to try to get ready to face it again, as prepared and as ready as you can possibly make yourself

As current times show, while we're going through a pandemic, we may be affected by other large and small scale disasters. When it rains it pours. How often when something crappy is already happening does some other problem come along and bite us in the butt? Pandemic and…

We tend to not want to think about disasters, let alone more than one at a time. And that doesn't change the fact that they happen on their schedule, not ours.

You Need to Stay Inside for Two-Weeks, a Month, etc, with what you have right now. Do you have enough? Are you taking this time to fix your preparedness holes? Or are you tired of the drama and just chilling?  Both may be right, it depends on you, and are you at least thinking things through? Looking at options and What-If'ing your plans?

You Have to Evacuate (Bug Out), where are you going? How many hotels are open right now? Where will you stay? Have you thought it through? What can go wrong? Can anyone tell you no (family, friends, the Gov, law, etc.)? Will you be ready to go in 15-minutes, 30? hours, days, what? How long are you able to be self-sufficient?

What's the worst you can think of happening? Tornado / Terrorism / Tremors (quake) you Choose

Don't stress.... and think about what you can do to be more ready.

I want to make sure that you all don't get caught with your pants down and that you're thinking about the what-ifs on both micro disasters. What can happen to you and your family and macro disasters?