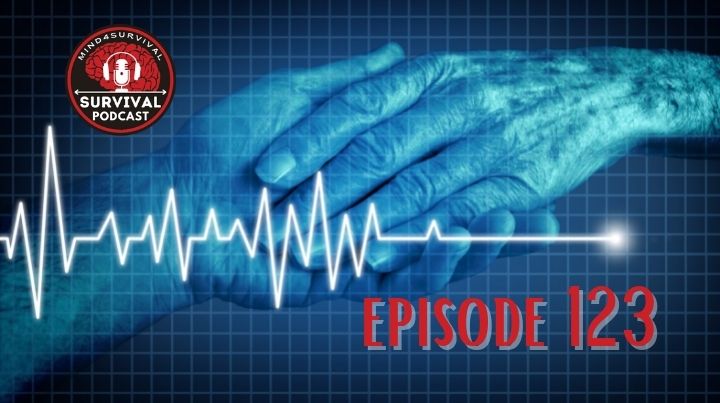 In this episode, Brian talks with a man who had COVID, was hospitalized and on a ventilator, came to terms with his imminent death, and still managed to pull himself out of it.

Brian speaks with authors and podcasters Glen Tate and Shelby Gallagher from Prepping 2.0 about Glen’s battle with not only COVID but cancer and a home move to a new state. All at the same time.

We also talk about Shelby’s own battle with COVID and her fight with the establishment to save her husband.

What does it mean to truly accept death?

Not accepting death as something that will happen to you eventually, but accepting death because you realize it’s here, staring you in the face. You’re out of options, and it’s time to check out.

Do you accept it?

Do you say what you can to the people you love if you’re lucky enough to have the chance? Or do you fight it?

Where do you find the motivation to fight?

As preppers or preparedness-minded people, we make sure we have our beans and bullets. But have you prepared your mind, heart, and soul for the possibility of death?

Glen and Shelby dive into their unbelievable year.

2021 began with Glen’s colon cancer diagnosis, which led to emergency surgery and months of chemotherapy.

During his treatments, Shelby was faced with packing up all of their belongings for a move from Washington to Montana. Not an easy task for seasoned preppers with a considerable amount of food and supplies.

In October, Glen faced another surgery to have his ostomy bag removed. During that surgery, he tested positive for COVID, and during this time, Shelby did as well.

With his body weakened from two surgeries and chemotherapy, he was given some oxygen and sent home to recover. Sadly, his return home did not last long.

Within days he was back in the hospital.

With a blood oxygen level of just fifty-one, the doctors decided Glen needed to go on a ventilator.

His chances of survival were a devastating twenty percent, but they told him he was out of options.

He made a phone call to Shelby to say his goodbyes, and began accepting his death. 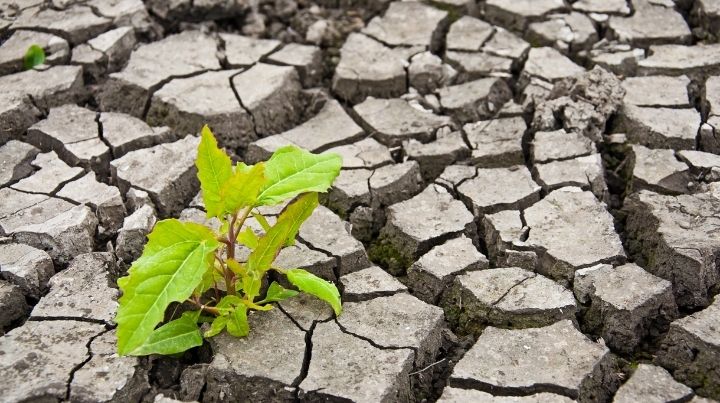 He realized he couldn’t leave her behind. She was the motivation behind changing his mindset from accepting death to fighting it with all he had.

It was not easy.

Getting off the ventilator was just the first step. He had a long road to recovery.

Gaining the strength and ability to do basic things like walk… and swallow. He worked hard. He pushed his way through it with his wife’s help and from thousands of people and their prayers.

Shelby gave updates on Glen when he wasn’t well enough to join her on the podcast.

And when she decided to take on a fight of her own, she allowed her Prepping 2.0 community to watch how she navigated her battle with the establishment.

Have You Done Your Research?

Shelby did her research.

She knew what Glen needed to get better. She knew he needed Ivermectin and zinc with quercetin and vitamins. And she tried to get those to Glen in the hospital.

But the doctors treating Glen confiscated them and then admitted they didn’t know what the drugs were!

Shelby had done her due diligence and research. But the doctors had not done the same. And they were standing in the way of her attempts to help her husband survive COVID.

The decision was made to place Glen on the ventilator. Shelby, unable to visit him and receiving nothing but push-back from the doctors, realized she was out of tools.

Rather than quit, she pulled from her prepping knowledge and set her mind to find new tools.

She took to the podcast and asked for prayer for Glen. And she spoke with an attorney and prepared herself for a legal battle with the hospital.

Then, she finally got the call she had been waiting for.

Glen called to tell her he was off the ventilator. She was bringing him home.

A Scenario We Need to Prepare For

So what does any of this have to do with prepping? 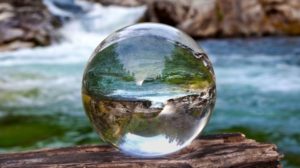 It’s all about perspective.

My perspective is different from yours. I see things differently than you see them. My mindset is not the same as your mindset.

But that doesn’t mean that one is right and one is wrong. Listening to others’ perspectives and trying to understand their mindset gives you more tools for your battle.

We spend our time thinking about how much rice to stockpile, which guns to carry, or what to pack in a bug-out bag.

Those are tools for survival.

Our mindset is another tool for survival. And we should include it in our prepping.

Shelby and Glen admit they were not prepared for this. But they are now.

Shelby has done the research, and she has shared her knowledge on how to prepare ourselves for viruses. Yes, we need virus preps. This is not something that only happens once.

For most of us, our health is the last thing we have on our list to prepare. We need to put our health at the top of the list.

Because without our health, all the beans and bullets in the world aren’t going to save us.

We prepare for the big scenarios. The exciting SHTF scenarios. EMPs, coronal mass ejections, zombies. But the chances of those things happening are very small.

We should be preparing for the likely event of getting COVID. It’s real, and it’s not going away. Unfortunately, it’s just a precursor to the next virus that will hit our population.

What are your thoughts on facing death and placing your health first? Tell us in the comments below.