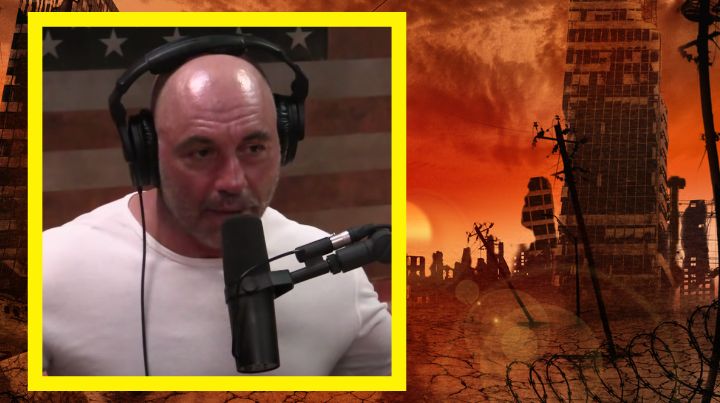 Joe Rogan is a prepper. Even though Rogan, like many closeted preppers, may not acknowledge they’re a prepper, they are preparing for a world turned upside down.

With that, this article will break down Joe’s prepper mindset based on his JRE Clips, six-minute, “What Would Joe Rogan Do in the Apocalypse?”

So, watch the video and read this short article to see where Rogan unknowingly outlines his 7 Tips to Survive the Apocalypse.

#1 – Surviving in the Wilderness is Really Hard

Joe is 100% correct in his belief that it would be tough to survive in the wilderness.

When it comes to surviving in the wilderness, Joe states:

Joe knows what many in the survival community also know and admit. He knows that the romantic notion many people have about heading out into the wilderness and surviving a long-term SHTF event is a pipe-dream.

And, being an Ate-Up Albert in the wilderness is NEVER a good thing!

Like many in the preparedness community, Joe Rogan believes staying in a city will not be a survivable option during an SHTF event.

When discussing post-apocalyptic cities, Rogan states, “You’re not going to be able to eat. There’s nothing there. You got to get out of here.”

Fortunately for his family, Joe is prepped to leave the chaos of post-SHTF city life far behind by loading his family into his “apocalypse mobile” and hitting the road.

To some people’s surprise, Joe’s best bug-out vehicle is not his Tesla. Instead, Joe’s go-to bug-out vehicle for him and his loved ones is his Toyota Land Cruiser with a 40-gallon fuel tank.

Joe sees range as one of the most important considerations of a bug-out vehicle. He believes that ideally, you’ll have an “apocalypse mobile” with an extended fuel range ready to go.

Regarding the ability to log consistent miles without needing to stop for fuel, Joe mentions putting an in-bed fuel tank, such as the L-shaped fuel tank I installed in my truck.

Joe is right on both points. First, cities will be unliveable apocalyptic nightmares during a long-term SHTF event. Second, everyone should aim to include a reliable bug-out vehicle with an extended range in their bug-out plan.

Next, Rogan acknowledges the need to control the environment. On the topic of fire, Rogan knows that starting a fire from scratch is not easy.

When starting a fire from scratch, Joe states, “You can bring a string, a bow, and two pieces of dry wood – a hardwood and a softer wood. You should bring some dry tinder. You can do it, but starting a fire isn’t easy.”

As the Survival Pyramid dictates, the need to control our environment is critical to survival. So, in this aspect, Joe is on the right track. Considering he also mentions the need for shelter in his video, Rogan recognizes the survival need to manage our relationship with the environment.

Joe’s fourth point is to bring tools to harvest animals for food. When it comes to the tools that he’ll use to put meat on the table, Joe says this:

While Joe is on the right path with this, the ability to successfully hunt animals over the long term is, at best, fluid and uncertain. For example, how many others have the same plan and destination in mind?

One beneficial by-product of Joe bringing things to kill animals is that those tools also give him the ability to defend himself and his family. That’s because when it comes to the Survival Pyramid, Joe has missed the second step, three seconds without self-defense.

Our ability to survive must include a plan for self-defense against two-legged and four-legged predators.

#5 – Only Bring What is Necessary

One aspect of post-apocalyptic prep that most preppers get wrong is the concept of only bringing what is necessary.

I believe most preppers get this wrong because they do not perform a well-thought-out, needs-based risk assessment. Instead, they go down the rabbit hole of packing something to deal with every imaginable scenario instead of likely scenarios.

I know this to be true because I, too, am guilty of needlessly overpacking at times. It’s what we preppers do!

When talking about only packing the necessities, Rogan says

#6 – You Have to Go Somewhere Where There are Resources

This point dives back into our earlier discussion about heading out into the wilderness as a plan to survive an SHTF event.

If heading into the wilderness is your plan, you must ensure you go to a place with abundant resources.

Regarding resources, Rogan states that “We don’t live on the Serengeti. There are not a lot of animals unless you’re somewhere you can find a lot of animals. They’re not going to last.”

In my mind, Joe’s last sentence, “They’re not going to last,” captures the most significant concern for people planning to head to the wilderness.

Sure, there may be tons of resources now. However, a resource-dense area will probably be the same destination others are also planning to occupy.

And, as more and more people show up, there will be fewer resources to go around. So, what’s the plan then? 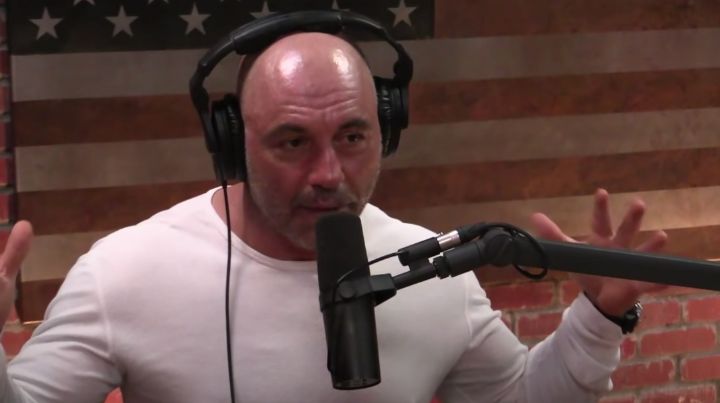 This sentiment is not new to preppers. It is, after all, one of the reasons crazy preppers like me prepare.

In the end, when it comes to an event that breaks down the fabric of our society, Joe believes this:

Many people incorrectly think of the prepper community as a community of isolated crazies like myself. That’s because while many self-identify as preppers, many preparedness-minded people don’t.

More specifically, in Rogan’s case, he is genuinely ahead of the bell curve when it comes to preparing himself and his family for a tough time. Good on Joe!

What are your thoughts on Joe Rogan’s preparedness or people who prepare without knowing it? Tell us in the comments below.

Brian began his preparedness life after experiencing his first major earthquake at three. Since then, Brian's quest to develop his Mind4Survival has taken him around the world, where he spent decades working as a lifeguard, firefighter, paramedic, U.S. Army Ranger, high-threat diplomatic protective-security specialist, training director, international security director, and security and preparedness consultant. Brian holds a bachelor's degree in security management, a master's degree in business administration, and numerous safety, security, and preparedness certifications.