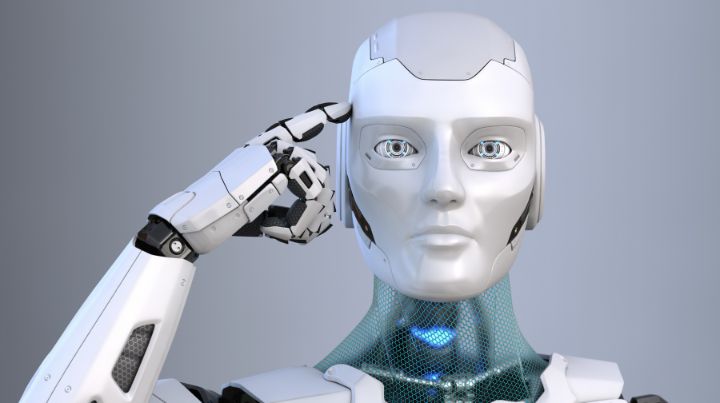 The history of robotics proves that science fiction authors are never far off the mark. What makes for an exciting concept today becomes a hard reality tomorrow. While robots were primarily a theory back in the time of Alan Turing, we now live in a world where they are becoming more and more commonplace. But there are a few robots that, I believe, the average American will see a lot more of soon.

While drones are arguably going to be the most prevalent means of robotic presence, we’re going to avoid them entirely within this discussion. Instead, we’ll focus on the lesser-known robots that could play a massive role in the very near future.

Most people are familiar with this robot to some degree already. These are the “robot dogs” featured heavily in the media for the last five years. They have already made their appearance within the world of policing, with New York City just one area that utilized a Spotmini-style robot for these purposes.

Other nations incorporated similar robot designs into their surveillance organizations throughout 2020. Since the wall of using robot dogs for surveillance and police work has already been breached, I see no reason why it will be rebuilt. We will likely see more and more robot dogs doing this type of work in the very near future, and I think that the Spotmini would be one of the most likely candidates.

A surveillance/security robot, Cobalt is nothing more than a moving sensor pillar. It’s packed with various sensor technology and cameras to keep tabs on its surroundings and possesses an AI that can detect things that are out of the ordinary for where it makes its rounds. If there’s a door open that is usually closed, a person present who is not a “regular,” or a myriad of other problems, Cobalt can detect it and then notify who it is programmed to notify.

This robot is currently being built with little wheels that only make it suitable for flat, level surfaces. College campuses, factories, schools, and other areas with tile or concrete floors are where I believe you could easily see this robot being incorporated more for security purposes very soon.

Another surveillance robot, this one is reminiscent of something one would see in a Star Wars movie. GroundBot is a little ball with a camera mounted on the east and west “poles.” Current models can travel at speeds of up to 6 mph. Unless one is a habitual runner, one will not be able to outrun a GroundBot for any respectable distance.

Humans fatigue; robots do not.

I believe that GroundBot will be a more affordable technology than will Cobalt. It doesn’t have nearly as many features, which would lead one to believe that this will be a more accessible form of robotic surveillance. Companies will quickly realize the savings they can realize without a human’s salary, retirement, vacation time, and benefits and will start to incorporate more and more AI devices and robotics into their security systems soon. I think GroundBot could be one of these.

I don’t think you’ll see these on every street corner. The reason I mention Eagle Prime is because it helps to serve as a valuable proof-of-concept. This is a massive fighting robot equipped with tank treads, a logging machine’s claw, and two giant cannons. While this is currently used for BattleBots style competitions, it helps to demonstrate the fact that robots could be used in fighting scenarios, given enough research.

Method-2 is a humanoid-style mech that is designed for work in dangerous environments. While both of these robots are very different, they help show that creating mechs is a possibility.

Both of these robots are human-operated but incorporating an AI into the system is certainly not off the table. Again, while I don’t think that Eagle Prime is necessarily what you’re going to see, I believe that seeing larger fighting robots, whether on the battlefield a la Avatar or involved in policing, is something to keep an eye out for.

I think that Atlas is the beginning of something else that may come into play in the future. This humanoid robot isn’t currently outfitted with hands but is still capable of picking things up and moving through rugged terrain.

There is a wide range of applications this type of robot could be tailored for, and I think it would be naïve to believe that humanoid robots aren’t going to play a more prominent role in the future.

We’re already seeing PackBot being incorporated into military units and police departments worldwide. From the reports I’ve seen over the past couple of years, these robots seem to mainly be involved with bomb threats and hostage situations. They can move at 5.5mph and are equipped with tank treads that can conquer just about any terrain you throw at it.

I would consider these an earlier generation of modern robotics. They’ve been used quite a bit, but I think you’ll see more advanced versions of this robot style in the future, but likely within the same uses that it’s stayed in so far. I don’t think it will be long before this type of robot finds its way into every police department.

Keep in mind that while many of these robots are very expensive at the moment, they won’t remain that way forever. When computers were first released, only the super-rich could afford them. Now, everybody on the planet seems to possess more than one. This is the way that technology works.

While only companies or organizations with a lot of extra money to spare may be able to afford these technologies now, improvements in the tech will only lead to decreasing costs, and these robots will become more prevalent.

But what are YOUR thoughts? Are there other robots you expect to see more of? Tell us below.