Home » What is a Burner Phone? Best Definition, Why, and How-To FAQ

What is a Burner Phone? Best Definition, Why, and How-To FAQ 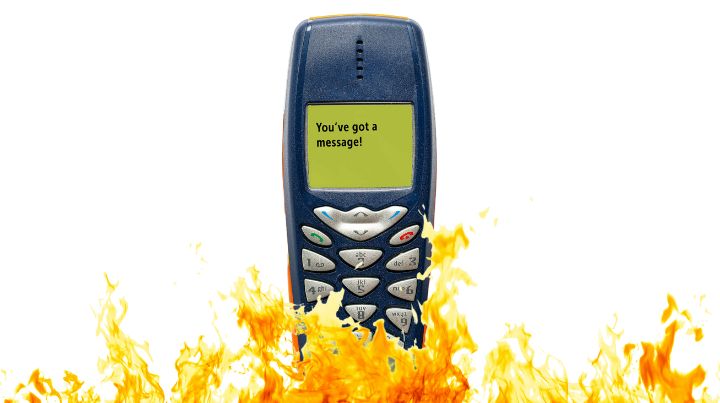 Are you wondering what burner phones are? Well, wonder no more because this article will cover the what, why, and how of burner phones.

So, to help keep my head attached to my shoulders, I worked to lower my risk profile. I did that by protecting my phone as if my life depended upon it – and it did.

A burner phone is a prepaid cell phone that can be used as a temporary and disposable phone for anonymity and privacy purposes. They are often “burner phones” because they are only active for a short period and then disposed of.

According to Dictionary.com, a burner phone is defined as:

“A disposable cell phone with prepaid service, often used with the intent to temporarily obscure the true identity or contact information of the user.” 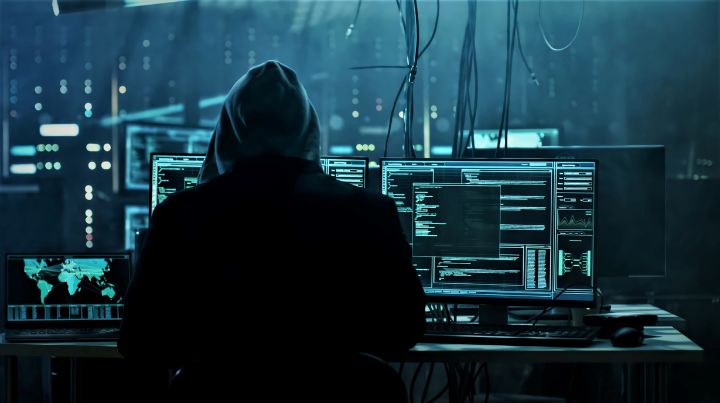 What is a Burner Phone

Prepaid phones have become increasingly popular in recent years. Their popularity is because they offer a degree of privacy and anonymity not possible with traditional cell phones.

Burner phones are often used to make calls that would be difficult or impossible to trace back to the original caller. And while some criminals may use burner phones, law-abiding citizens can also use them for more mundane purposes, such as keeping your primary cell number private when signing up for online services, dating apps, etc.

They can also make tracking by private organizations, government agencies, or law enforcement more difficult. There are many reasons why someone might want to use a burner phone, but burner phones are not just for criminals.

In fact, burner phones can be an excellent tool for anyone who wants to protect their privacy. In the end, whether you use a burner phone for good or ill, there is no denying that these devices offer a unique level of privacy and anonymity.

2. Why Would Someone Want a Burner Phone?

A burner phone can be a relatively inexpensive cheap, prepaid phone option. Once it’s served, it can be tossed away when you’re finished and ready to move on from one phone number to another.

Burner phones are great for people who want privacy because they can use them to make phone calls and texts without revealing their real identity or personal information.

When used correctly, authentic burner phones are also relatively untraceable, so if you’re worried about someone tracking your location, a burner phone is a good option. As mentioned in the previous paragraph, you can use a burner phone for as long or as little as you want and dispose of it when you’re done. Overall, burner phones are affordable and convenient for maintaining privacy and filtering calls.

People also like to use burner phones because they’re easy and relatively stress-free. After all, there are no contracts. You pay as you go, you can buy Burner phones at most convenience stores, and they don’t require a contract like most cell phones.

3. How to Get a Burner Phone and What to Do With It 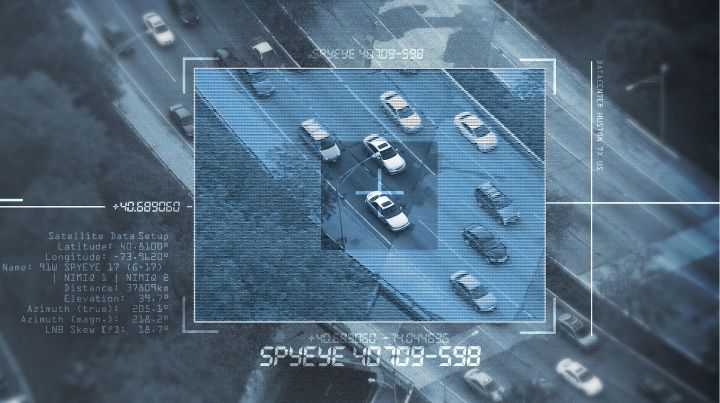 Burner phones are typically purchased with cash, which is necessary when privacy is a concern. Because they do not require a service contract, the user can choose how long they want to keep the phone, and when they are finished with it, they can dispose of it.

I typically picked up a new phone and SIM card on every trip when operating overseas. It was a bit of a pain because I had to update my contact info with the people who needed it. However, it made it more difficult for the bad guys, which was the point.

4. How to Use a Burner Phone Safely and Securely

There are a few things to keep in mind when purchasing a cheap burner phone for anonymity:

5. The Benefits of Using a Burner Phone 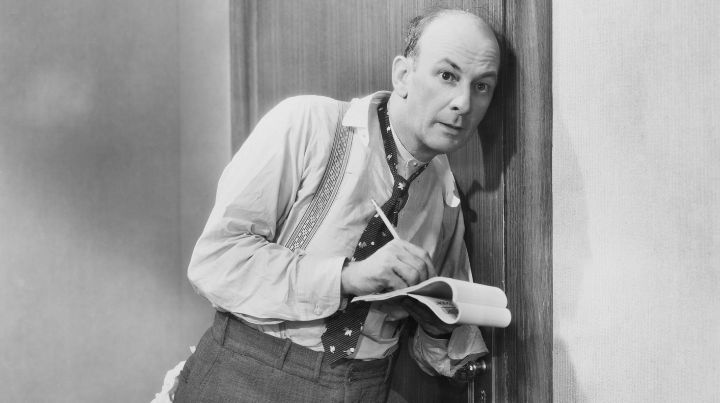 In today’s age of digital connectivity, it’s easy to forget that the bad guys can use our phones to track our every move. From GPS data to our browsing history, our phones contain a wealth of personal information that anyone with the right skills can access.

For those who value their privacy, burner phones are a great way to stay connected without sacrificing security.

A burner phone is a prepaid mobile phone that can be used for a short period, smashed into bits, discarded, etc. This makes it nearly impossible for someone to track your movements or access your sensitive data.

In addition, due to their somewhat anonymous and disposable nature, burner phones can be challenging to trace back to you, so you can communicate freely without fear of being monitored.

Whether you’re concerned about government surveillance or simply want to stay safe from hackers, burner phones offer an extra layer of protection.

6. The Drawbacks of Using a Burner Phone

While a burner prepaid phone can offer some advantages, there are also some significant drawbacks to using them.

One disadvantage of burner phones is that they are often not as reliable as traditional cell phones. Burner mobile phone numbers can be easily canceled or disconnected, and the call quality on burner phones is often poor.

In addition, burner phones typically have minimal features, making them difficult to use for anything other than making calls and sending text messages.

Overall, burner phones can be a convenient way to remain anonymous or keep your communications private. However, they also come with some significant drawbacks that you should consider before using one.

What is a Burner Phone App?

A burner phone app is a telephone application that provides temporary or disposable phone numbers.

What is a Prepaid SIM Card?

A prepaid SIM card is a small removable card that stores information to identify a cellular phone user. With a prepaid SIM card, you can have a burner phone—a temporary or disposable cell phone.

Prepaid SIM cards are an easy way to keep your information safe and secure. They’re perfect for when you need a little extra privacy.

What are Feature Phones?

Most burner phones are also “feature phones.” A feature phone is a type of mobile phone that offers basic features, such as the ability to make and receive calls and text messages. Some may also offer basic games and applications. Feature phones are typically more affordable than smartphones and often have longer battery life. While feature phones are not as ordinary as they once were, they still offer an appealing option for those who want a simple, reliable phone. 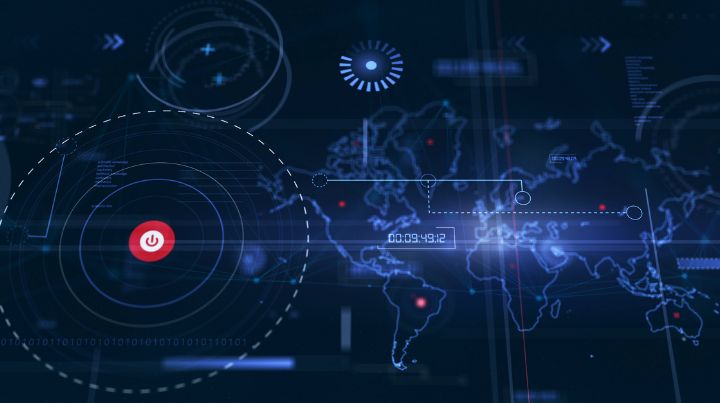 The Bottom Line About Burner Phones

A burner phone is a prepaid cell phone that is used is typically used temporarily. Once finished, it’s then disposed of to help ensure a person’s privacy and anonymity. They are called “burner phones” because they are only active for a short time and then disposed of.

Burner phones can be helpful for people who need to keep their contact information confidential, such as victims of domestic violence or witnesses in a criminal case. They can also be used to make anonymous calls or texts or to avoid leaving a digital footprint.

What are your thoughts on burner phones? Do you have first-hand experience with them? Let us know in the comments below.